What to do when your printing press goes phut?!

It really was a bit of a blow.

After months of not printing any major projects (while I slaved away at the final stages of the Bibliography and dealt with sundry other aspects of our life) I finally got back to the Printing Office and became really happy to be working there again when . . . SILENCE. There is nothing deader-looking than a machine that was happily working a minute ago and now is not.

The answer (as so often) was to go for a walk . . . with my camera, naturally. The fact that it was a glorious, golden day helped the decision of course. I had thought that the high winds the night before would have done for the leaf colour as they would all be on the ground underneath. True there were far fewer leaves on the trees but the glorious light seemed to make the most of the ones that remained and made them seem like jewels.

Anyway, I had great fun and I like some of the results rather a lot. 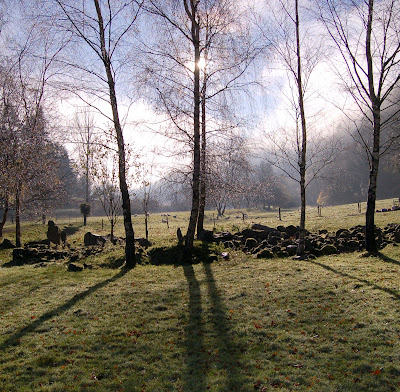 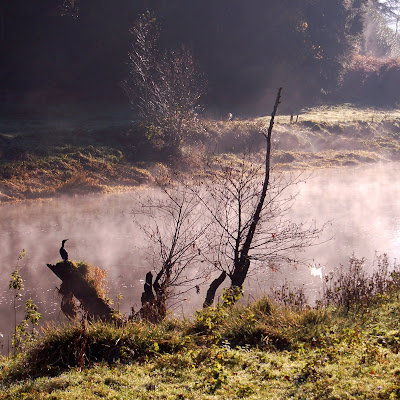 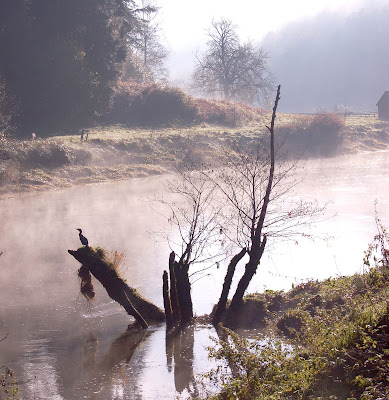 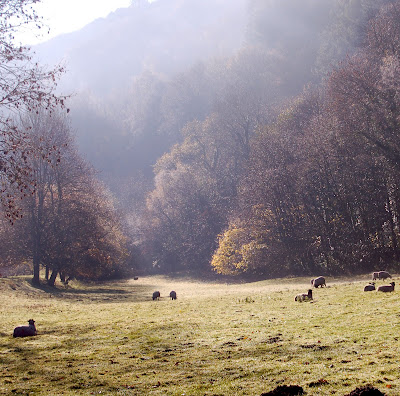 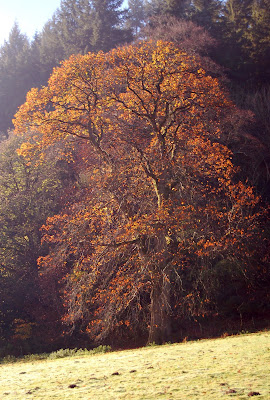 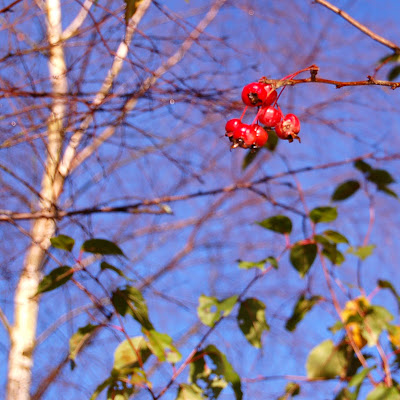 Now a couple of reflection/window shots. First of all we have Frances in her workshop making Quince Jelly and Apple Jelly. 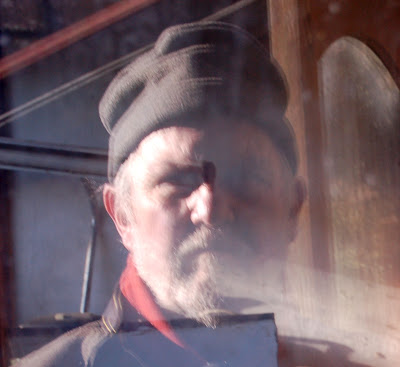 Latest News: I am VERY happy and relieved to be able to say that dear old Press is humming along again. Ever since we arrived in Wales, our electrical needs (and especially those of the FAG Control 900) have been answered by John Lee who lives close by, at least by the standards of the country. Something happens to the Press about once every six or seven years I would think and every time I dive for the phone in the hope that John Lee will still be there at the other end. The happy thing is that he has similar notions about that curious word ‘retirement’ as we do, so I have a good hope that he will be able to rush round to minister whenever the next crisis arrives!