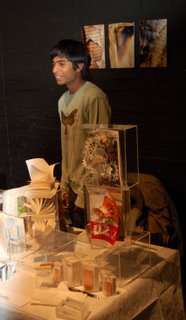 We have just returned from a weekend in London, where we lived so happily for many decades but which now seems such a distant place and which needs such a real struggle to leave our safe and fulfilling valley in Wales. This Fair has been going for thirteen years, in a variety of venues, and is simply tremendous fun. In the context of a number of ‘Fine Press’ fairs, us Old Stilers are regarded by many as being dangerous radicals not afraid to perpetrate printing methods and solutions which Caxton (or William Morris) might not have approved of but here we are regarded, but fondly, as representing the old guard. Much of what I saw exhibited I found hard to appreciate but much again excited me and made me think. Above all I was thrilled by the excitement on the faces of so many of the people who had brought along the book objects which they had made . . . and on the faces of those who thronged round to examine them. 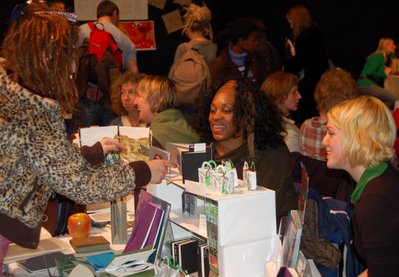 The variety of stuff on show was immense, items being priced from £1 or less up to a set of half a dozen prints for £4000 and more. We cannot really decide whether such extreme variety makes good commercial sense either for the contributors or their would-be punters but at least there must be ‘something for everybody’ there and everyone seemed happy. It is hard to judge how people ‘did’, I would think that fortunes were mixed. We certainly met many new folk who seemed to like what we do and, hearing them say so, recharges our batteries really well to face a winter in the country and the possibility that this block will not print or the press will go on strike against the cold (or the printer will!). 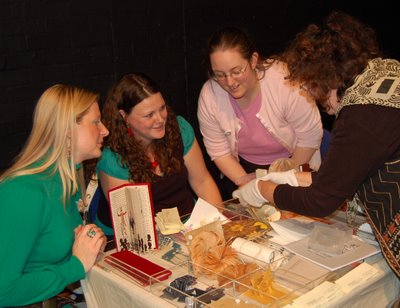 The River Wye comes to The Mall! The Fair was held in the Institute of Contemporary Art’s magnificent Nash Terrace home at the other end of The Mall from Buckingham Palace. It was stunningly lovely weather for November and our stand was fortunate enough to have this glorious window on to the Park. Although we had mostly brought only our most recent offerings (as we had travelled up to London by National Express coach rather than by car) the Wordsworth poem on Frances’ handmade paper had crept in and looked good. 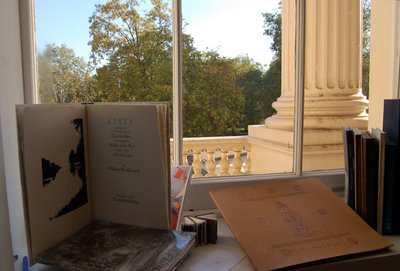 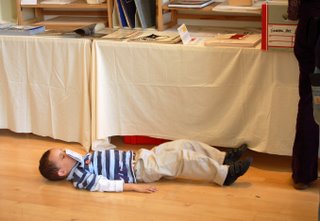 Visitors to the Fair came in a variety of shapes and sizes and their approach to enjoying and evaluating the bookworks on offer varied accordingly. For comfort and an original solution to the problem of acute short-sightedness, this, I thought, took a lot of beating.