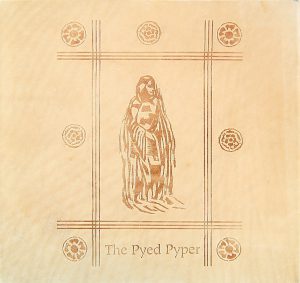 with woodcut and linocut images and an Afterword by Angela Lemaire

There are some stories that have been re-told so often in different contexts that it is refreshing to go back to the earliest version to try to recapture the contemporary mood. Angela Lemaire's visual imagination is stirred by such exploration - her lyrical lines in large wood and lino cuts move us to follow her Pyed Pyper, whom she invests with symbolic power far beyond that of a simple musician.

Richard Verstegan was the first (1634) to tell the story in English, of how Hamelin was freed from rats by the playing of a piper; but the Town Council's refusal to keep to their agreement to pay uses forceful language matched by a stern, forbidding, hostile group of dark figures. No more the summery piper freeing the town but an entrancing being who transfixes the townspeople while the children dance to his tunes into the surrounding hills.

As the sun sets the evening sky aflame, the children disappear into enfolding dark green shadows, never to be seen again. Here, the delicate relationship between the people, the land, the elements and the seasons demonstrate the need for respect one for the other. The imagery and colours reflect this and stunning double page spreads re-enforce the powerful medieval story. 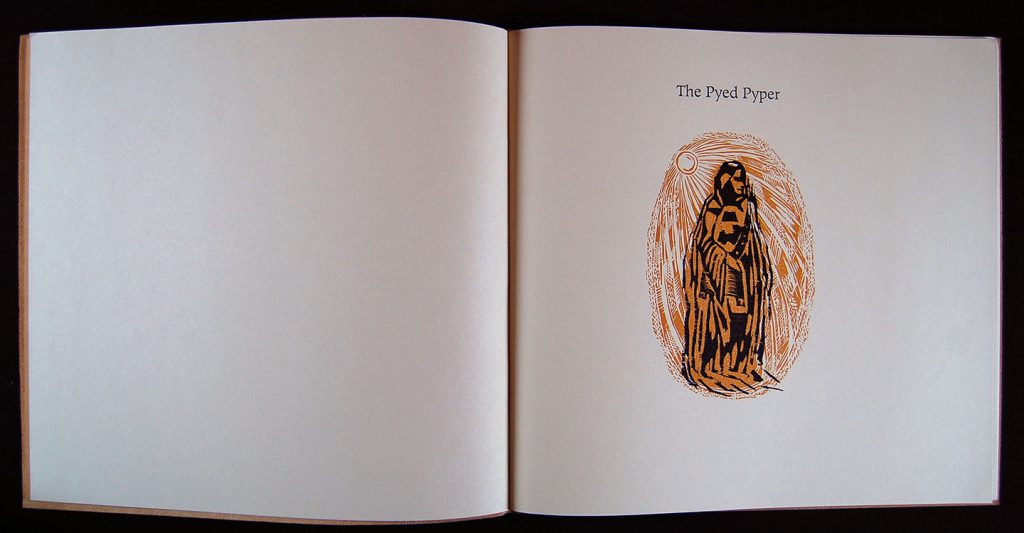 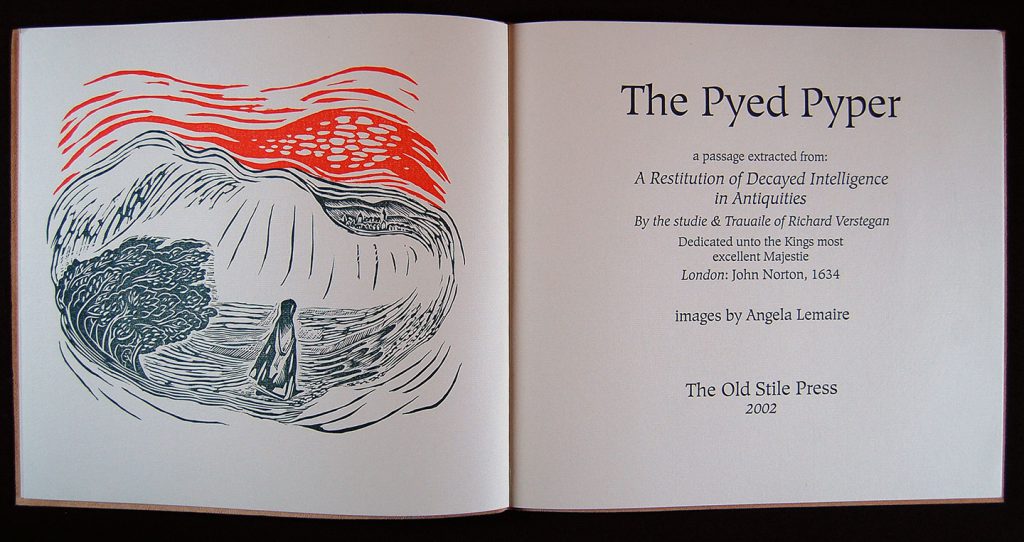 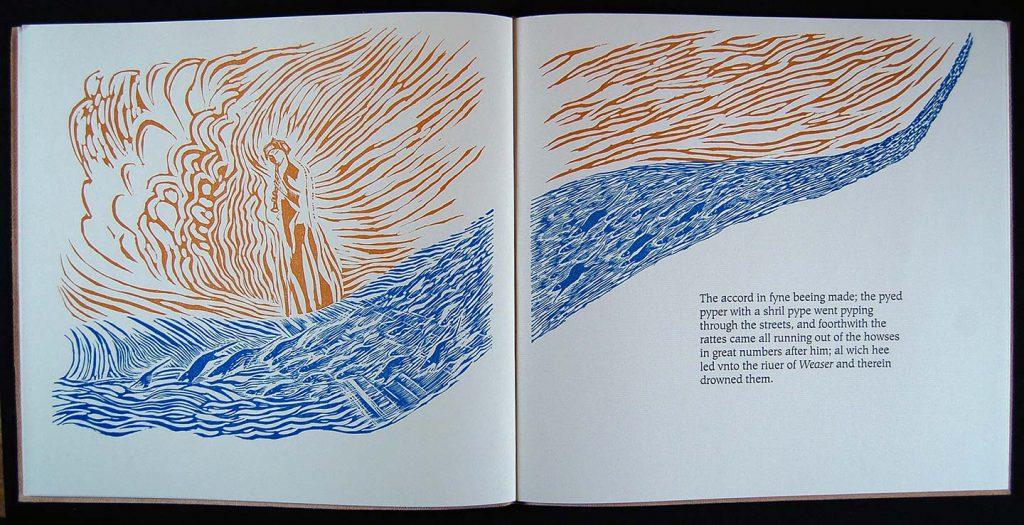 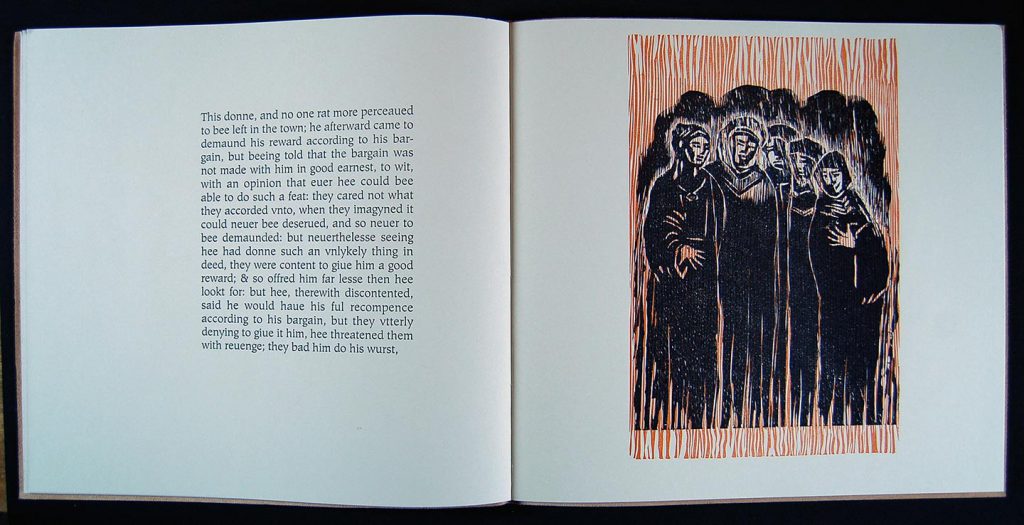 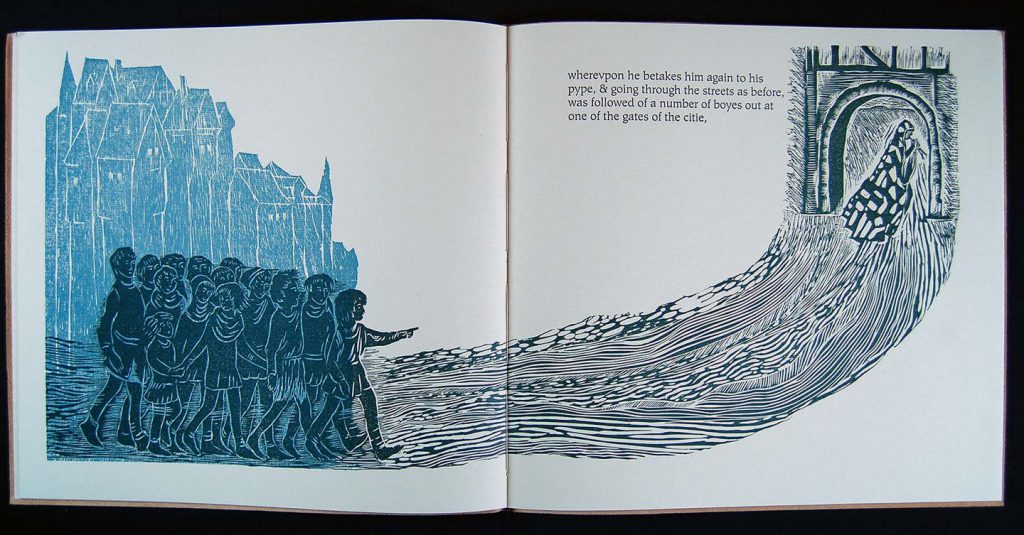 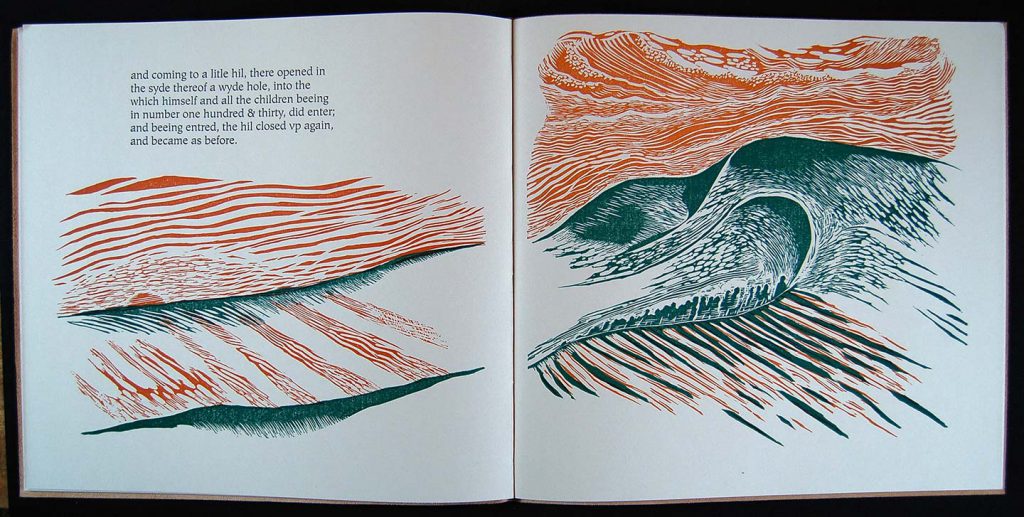 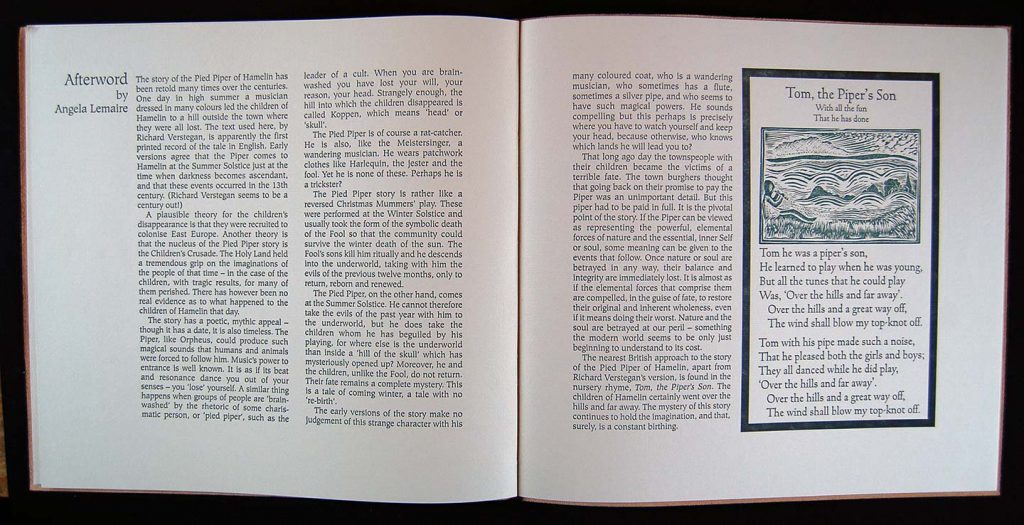 The paper is Fabriano Ingres 160gsm. The type is 22pt Hiroshige Book. The woodcuts and linocuts are printed direct from the artist's blocks and in a wide range of ink colours. The book is limp bound in full natural calf with a figure, rules, flowers and titling blind-tooled on the front cover.

175 copies were printed of the Main Edition and copies are available to buy at £240 each.