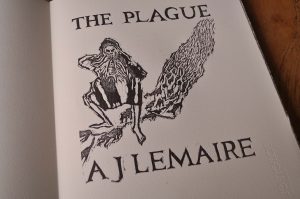 While still a student at Camberwell College of Art in South London, Angela Lemaire became immersed in Defoe and his description of the Plague of 1665 and of the Fire which followed it, sweeping through the city of London. Meditation upon responses to suffering (especially in passages from the Bible) gave rise to imagery which was physically burned into the plates.

Angela also gave a voice to the suffering - in a poem which she printed alongside her etchings and the quotations from the Bible. When we discovered that the plates still existed it seemed inevitable that we should seek to make them available - in a slightly more expanded form - for those who have admired Angela’s later work with us. Dr Anthony Dyson - a magnificent etcher himself - is one of those who had expressed appreciation of her printmaking and kindly made exploratory prints from the re-discovered plates.

The editioning of the prints for this new presentation of The Plague was undertaken by Martyn Grimmer. Each etching and the additional new woodcut is separately printed, signed & numbered and laid into a folded sheet with the biblical quote which accompanied it in Angela’s original version. Dr Dyson has written an appreciation of the work and a description of the excitement of revealing the imagery held within the plates.

There is an account by Angela Lemaire of how the work first came about. The unsewn sections are held loosely in a folded portfolio of smokey blue Roma paper handmade by Fabriano in Italy and laid into a dropback box lined with velvet. 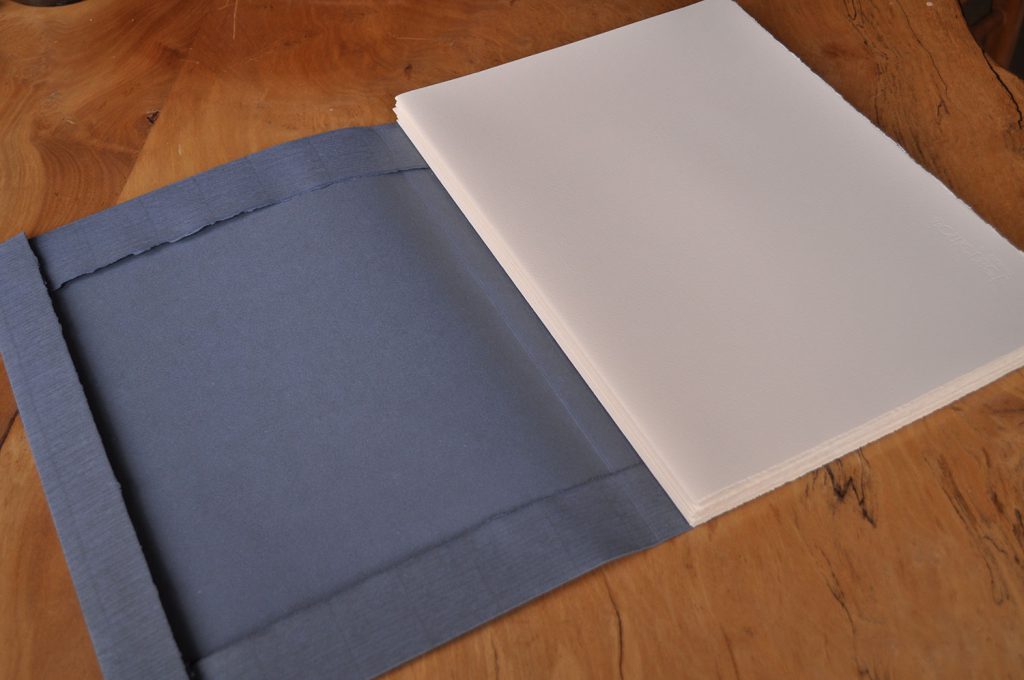 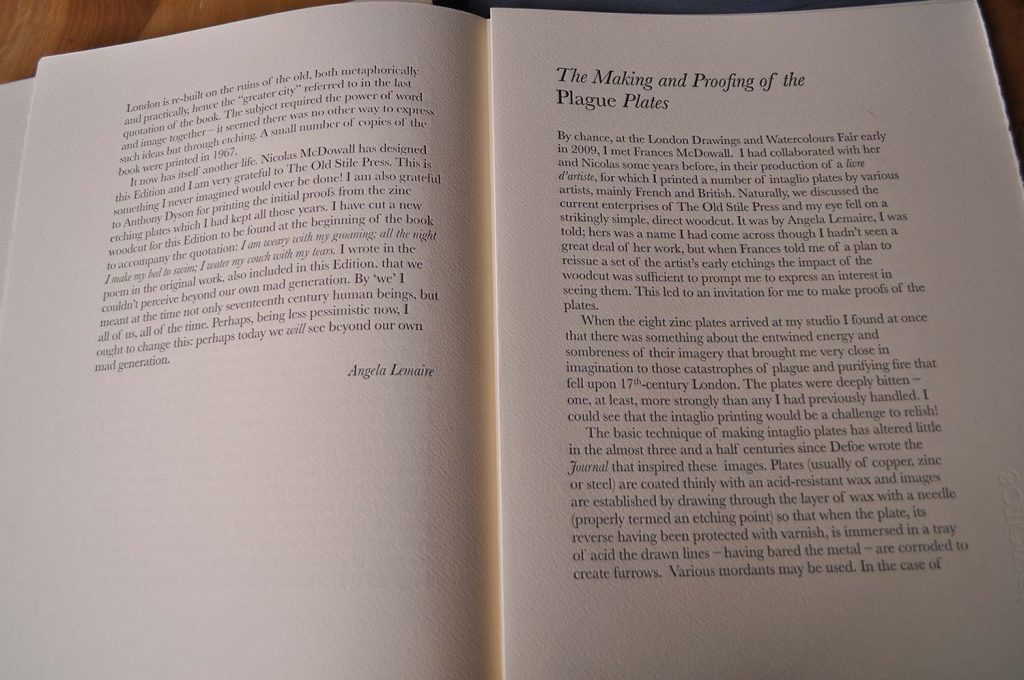 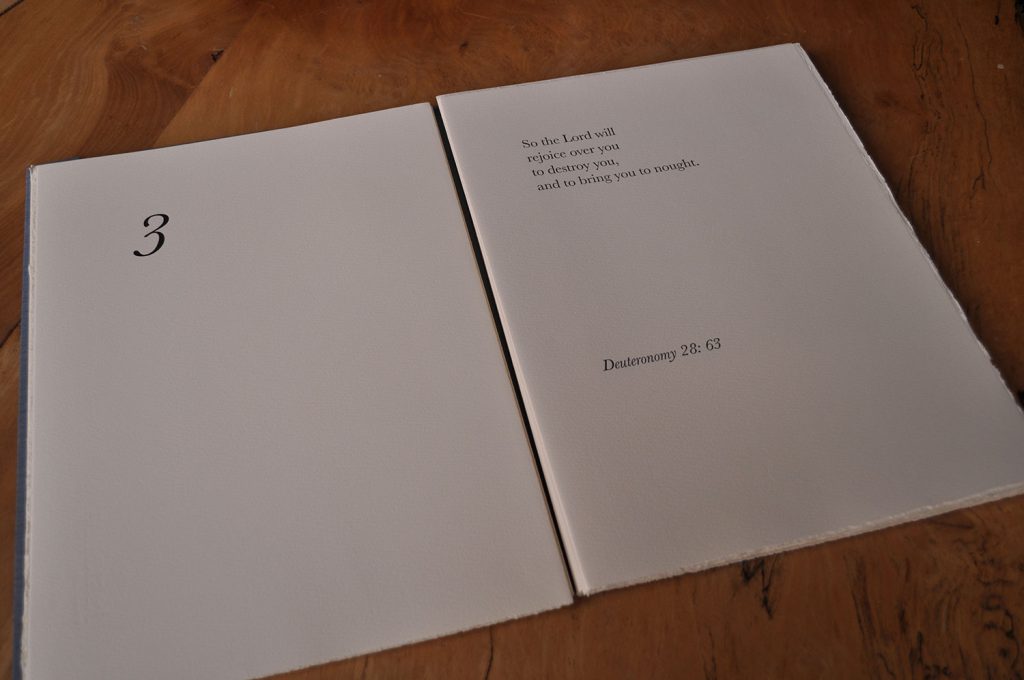 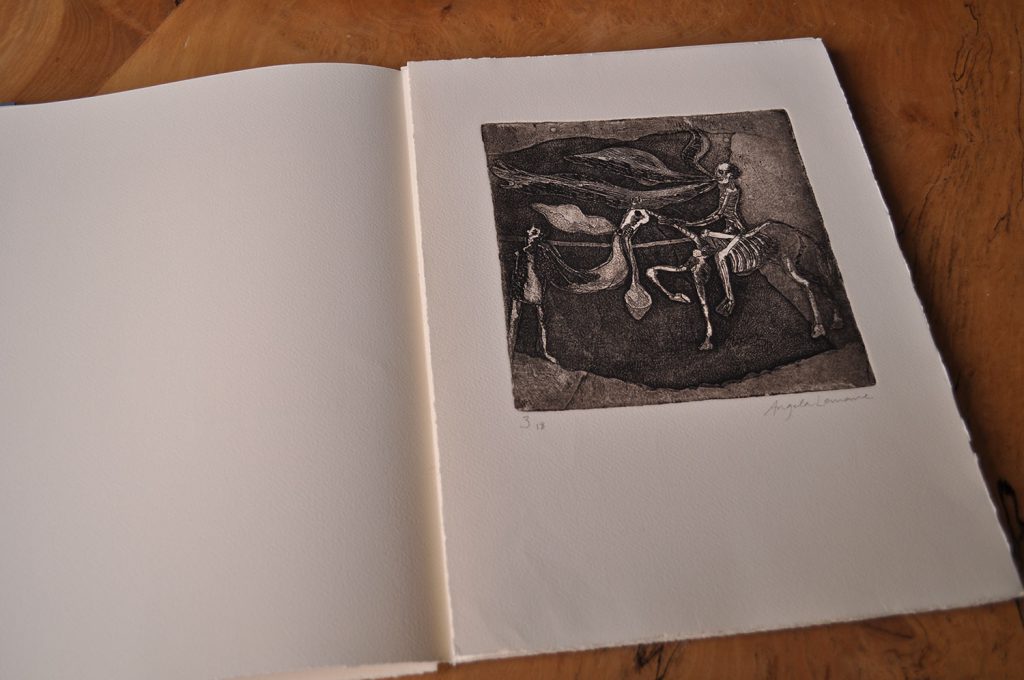 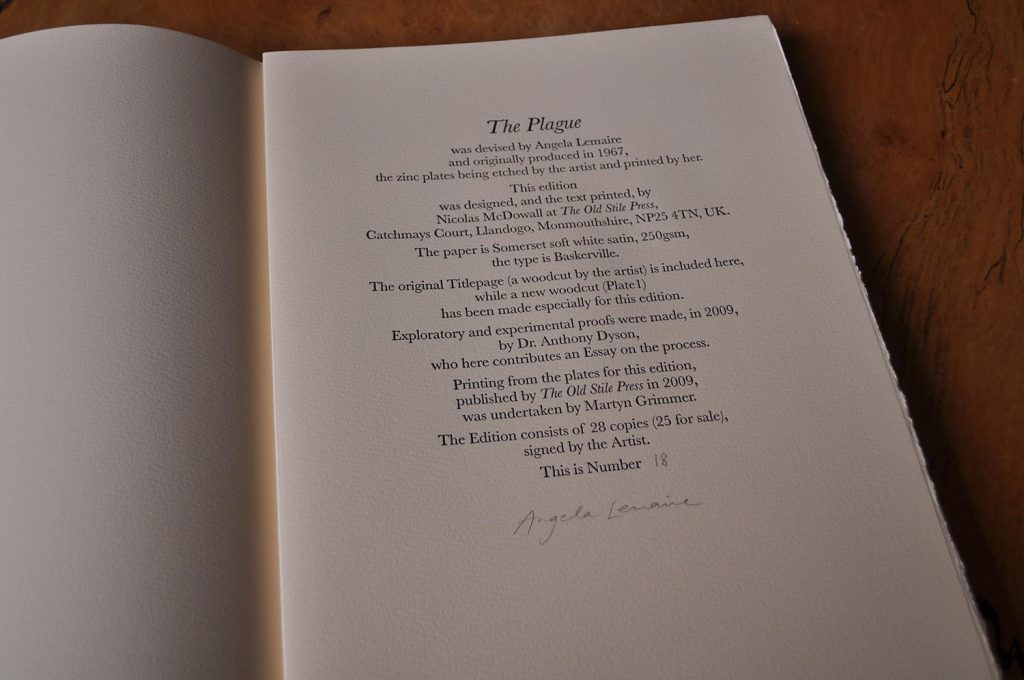 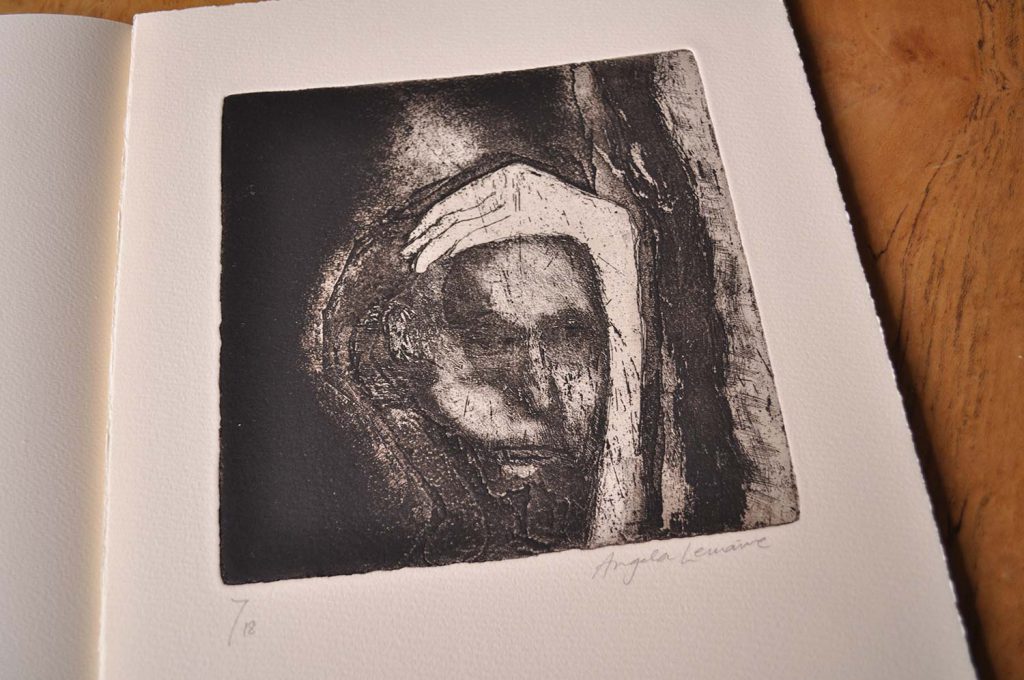 The type is Baskerville, and the paper, throughout, is Somerset soft white satin 250 gsm. All text and wood blocks printed by Nicolas McDowall at The Old Stile Press. The Zinc plates, originally etched in 1967 for a small edition printed by the artist, are here printed by Martyn Grimmer.

28 (25 copies for sale) copies were printed of the Main Edition and copies are available to buy at £950 each.