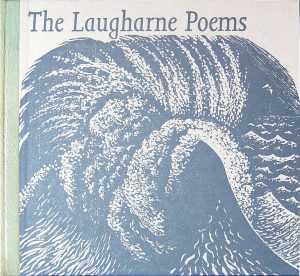 There are many places which claim Dylan Thomas as 'theirs' -- whether it is the village in which he grew up, the London cafés and pubs that he frequented, New York where he was idolised — but Laugharne, overlooking the estuary of the Towy, is where he and his family lived and where many of his best and best-loved poems were worked on lovingly, painstakingly. There he crystallised into complex language, form and metre the profound effect, on his whole being, of the land with its surrounding seas that is Wales. It is these poems that we now present, fifty years after his death.

The seventeen titles will immediately evoke the ringing tones of the poet reading aloud — Fern Hill, Over Sir John's Hill, Poem on his birthday, Poem in October, Do not go gentle into that good night, After the funeral; even a moving extract from the radio play Under Milk Wood, which irreverently and yet so movingly brought to life the characters he saw around him. In this volume the often long, reverberant lines are given space to breathe — not turned round or hard up against the margins — and they are placed alongside wood-engraved images by John Petts.

An artist of considerable versatility who worked in many media, but who especially loved the engraved line together with type, John Petts drew and engraved images inspired in his turn by the land and sea of Wales — birds soar, waves arch over the shore, bays curve between headlands, hands clasp protectively. These John Petts drew out of the poems he loved but not until now have most of them been seen. The collection had been made some fifteen years ago by Lynn Hughes, and it was he who suggested to us that together we might create a book from the poems and John Petts' blocks that had been completed, some preparatory drawings and a number of earlier blocks, all to celebrate this anniversary. Lynn has also written a Preface to the book — full of rich atmosphere. While seeking permission to use the Petts blocks we discovered that Kusha, Anna and Catrin Petts were delighted with the idea that they might colour the engravings for a special edition — just as John would often have done.

From the earliest mention this special edition was sold out — the black and white of the main edition has all the vibrancy of engraving at its best. The binding includes an image (derived from a photograph) of the poet looking out over the Laugharne estuary, the cloth of the slipcase, the leather spine and the printed paper sides are all sea colours while the surging wave is an enlarged version of one of the engravings within. 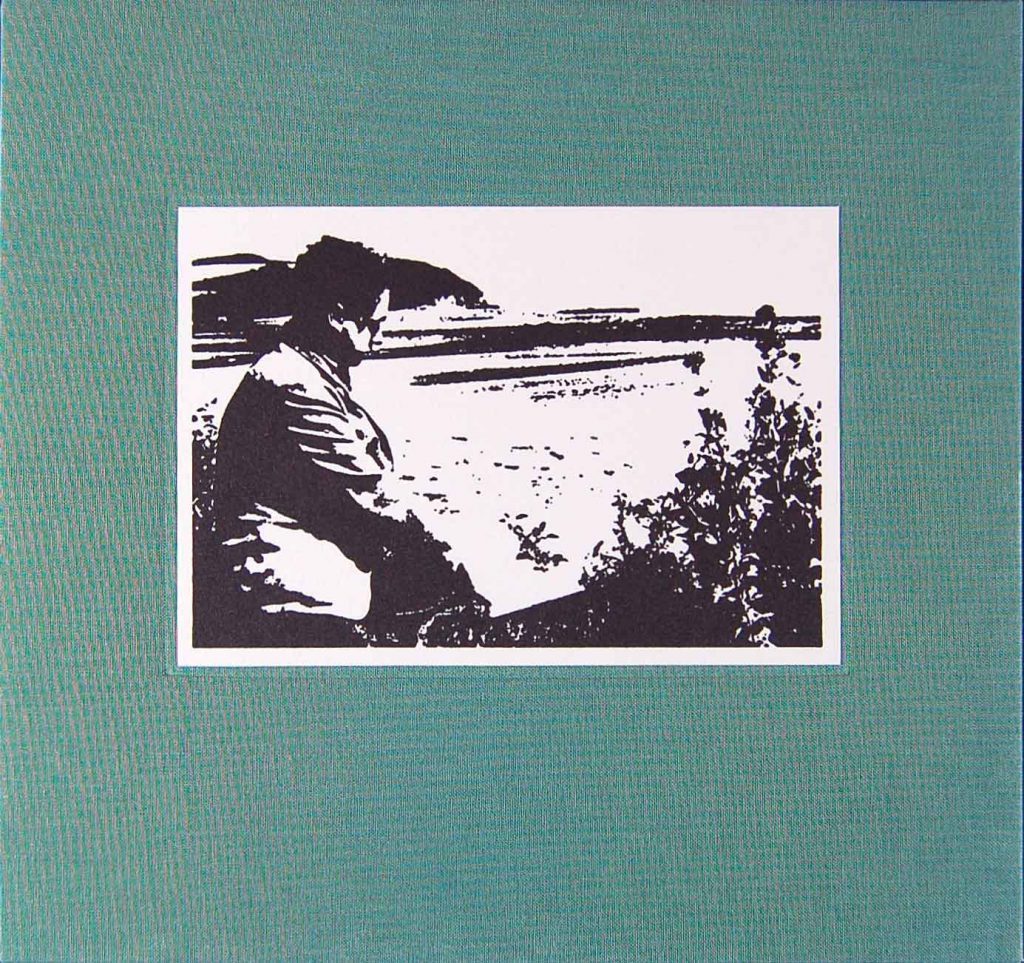 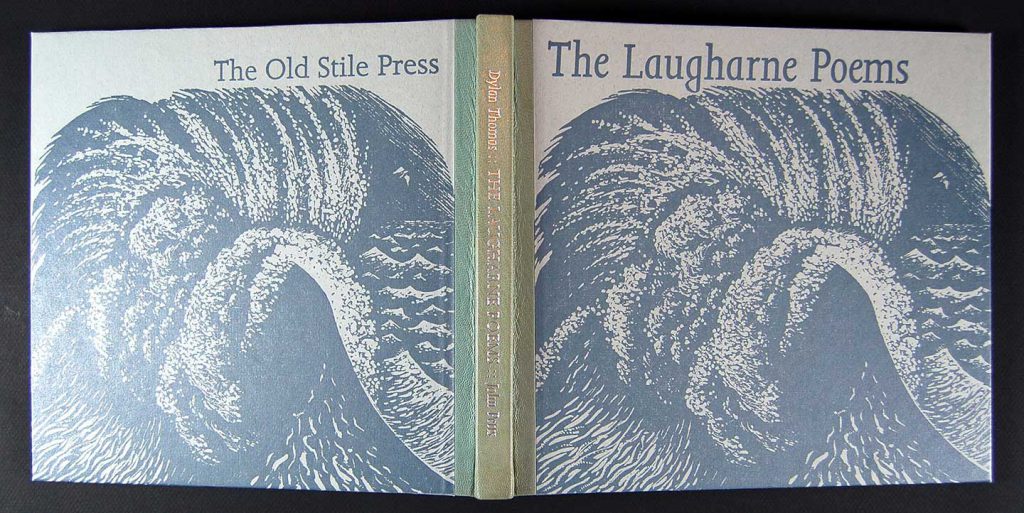 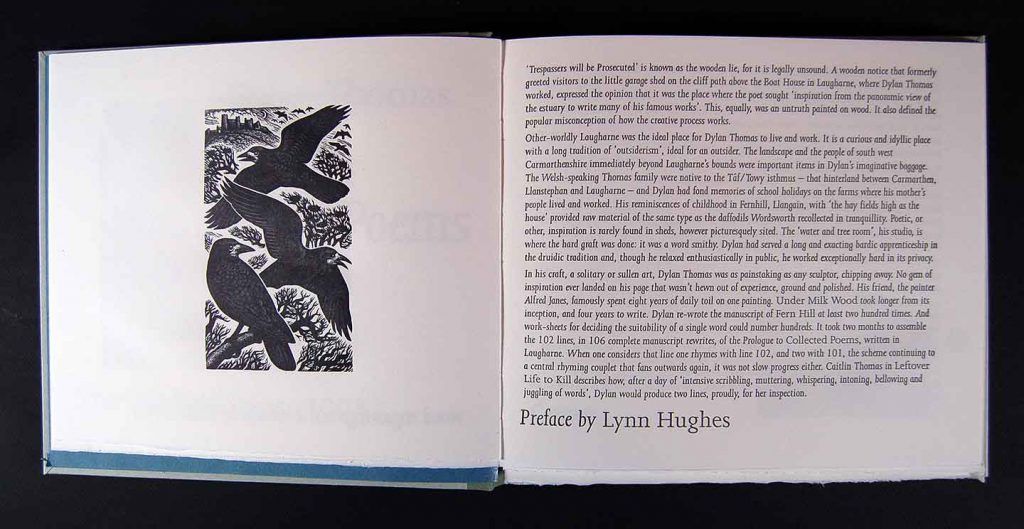 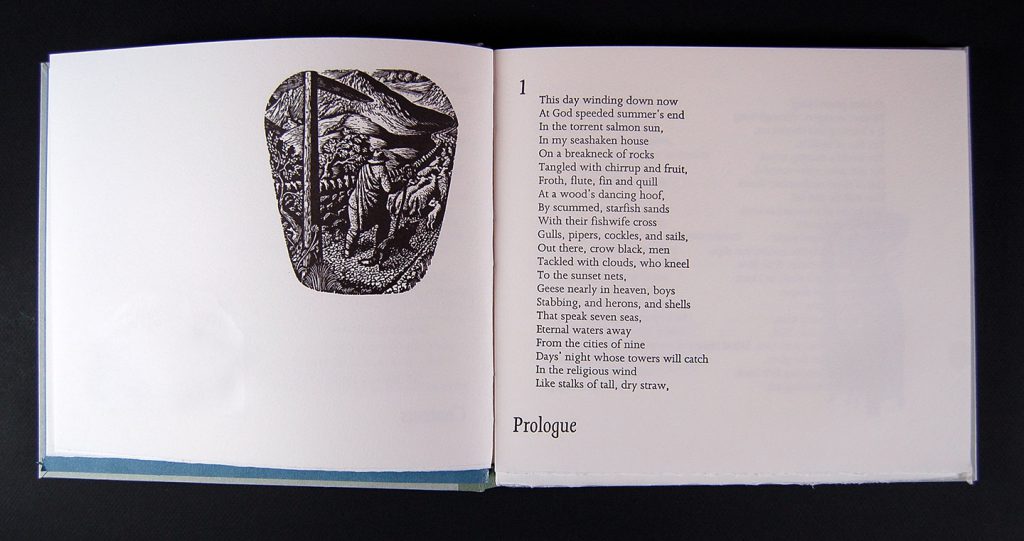 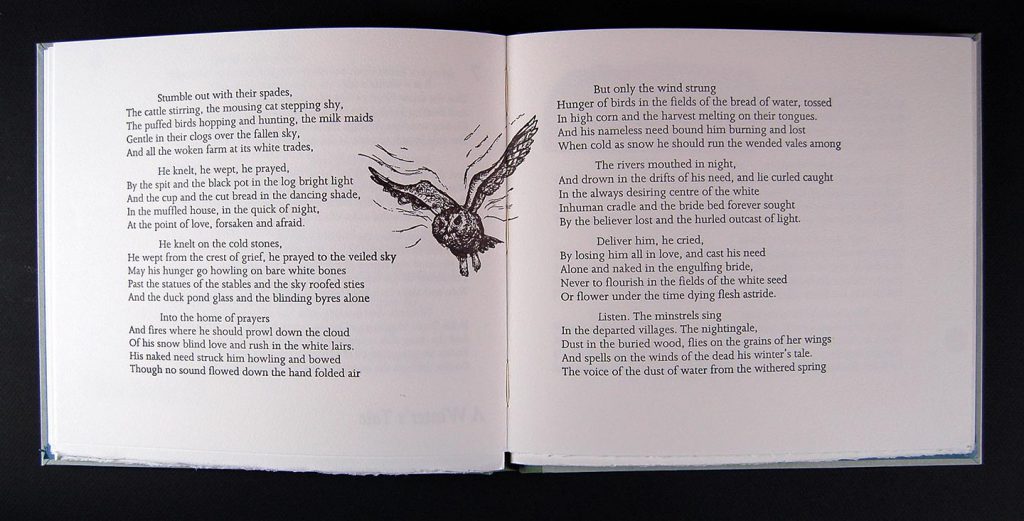 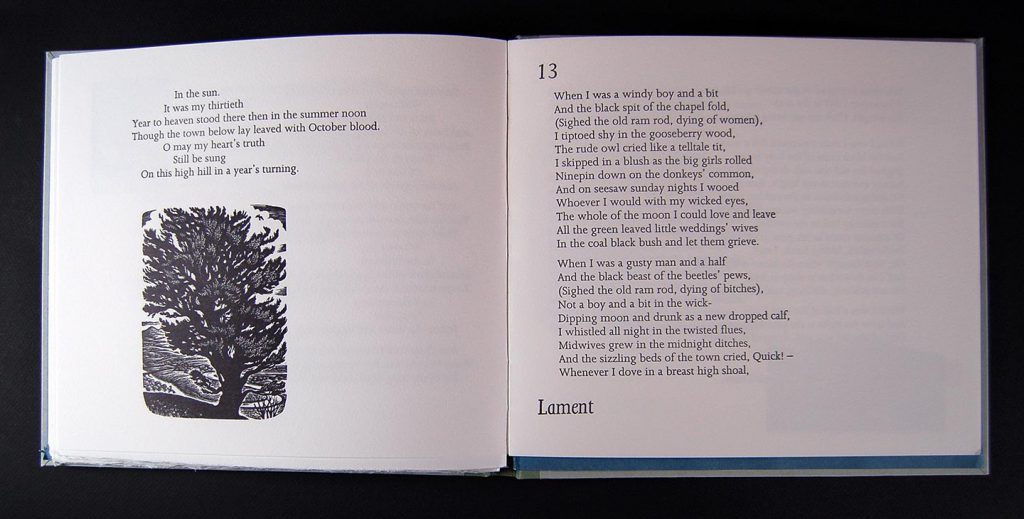 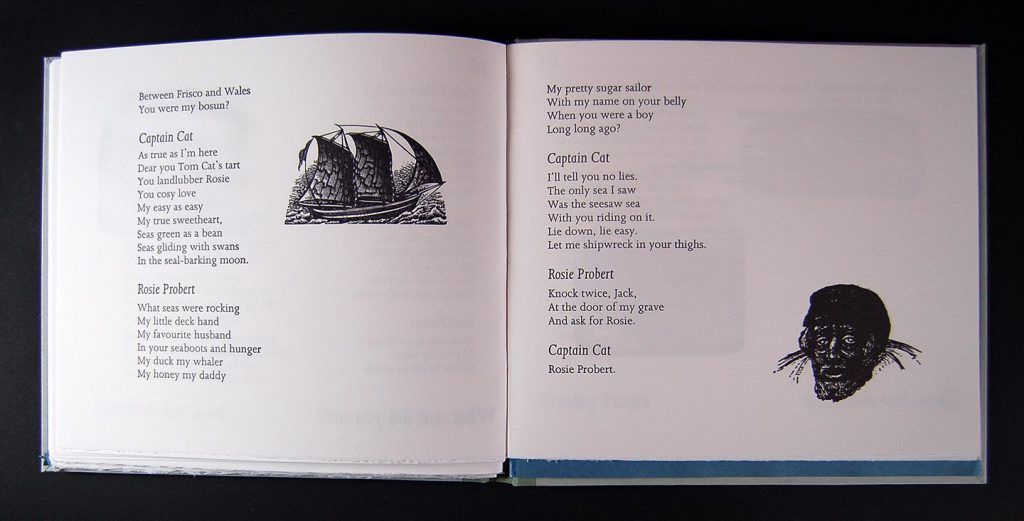 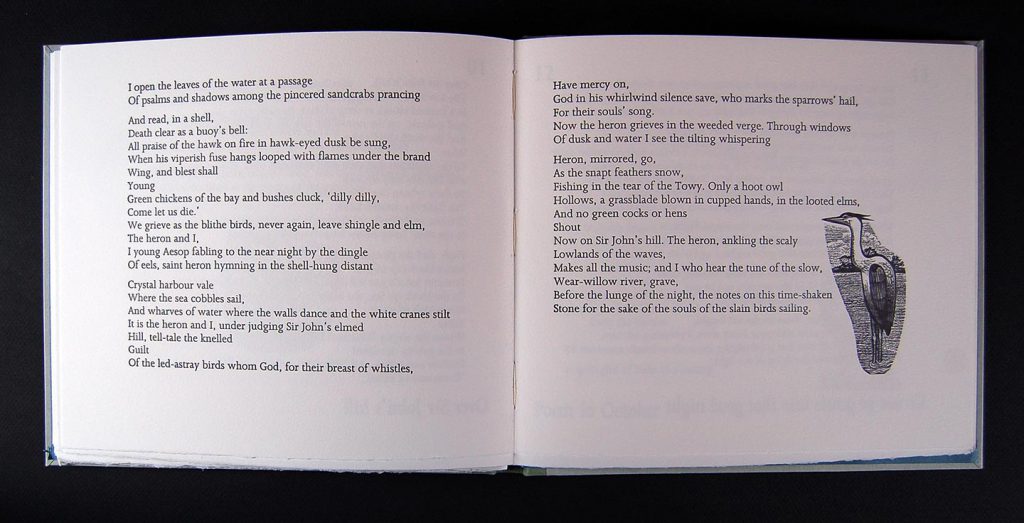 Copies of the Main Edition are Numbered copies

Copies of the Special Edition are Lettered A-Z

The paper is 175gsm Somerset Book and the type is Eric Gill's Joanna. The 21 engravings were printed from the wood with 9 drawings printed from polymer blocks. Sea green leather spine with printed paper sides, slipcase covered in blue/green cloth with recessed 'photograph'. Spine blocked in silver. All binding was by The Fine Bindery, Wellingborough.

250 copies were printed of the Main Edition and copies are available to buy at £250 each.

Only 26 copies were printed of the Special Edition