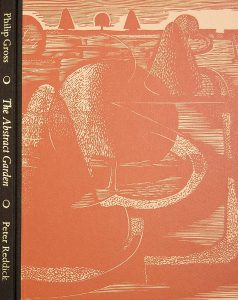 Like prints that trail off in a swirl of snow

what's meant is more than it was meant to mean

The first 'poem-by-way-of-a-preface' implies that this book is a three-way collaboration of the words (the poet's) and the image (the engraver's) and the space between (the printer/designer).

On this occasion, it is not just one art form responding to another. Sometimes a poem responded to a visual image, sometimes vice versa; many pages are more collaborative still, with a sketch from one prompting a draft from the other, worked up to a finished picture and redrafted poem once the printer's hand has set them in their space. Poppies, trees, fire, natural forms all excite the different forms of expression found here.

Peter Reddick was, for many years, one of the most highly regarded of British wood engravers and his work has appeared in many Penguin books, those of the Folio Society and Limited Editions Club, New York. He has inspired students not only in Glasgow and Bristol but further afield in Ghana and he was the founder of Spike Island, the lively Bristol Printmaking studio.

Philip Gross is a renowned poet and successful writer of thrilling and challenging novels for young people, of plays, science fiction and radio short stories. ' . . he should be recognized as one of England's very best poets . . . for the exuberance of his imagination.' (TLS). He is currently Professor of Creative writing at the University of Glamorgan. 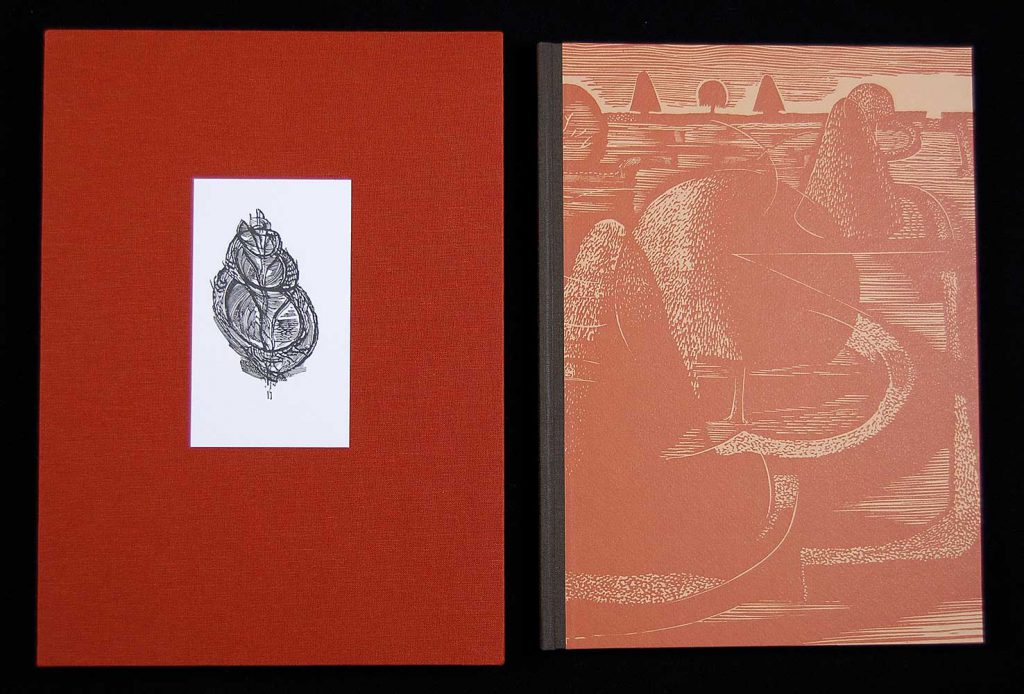 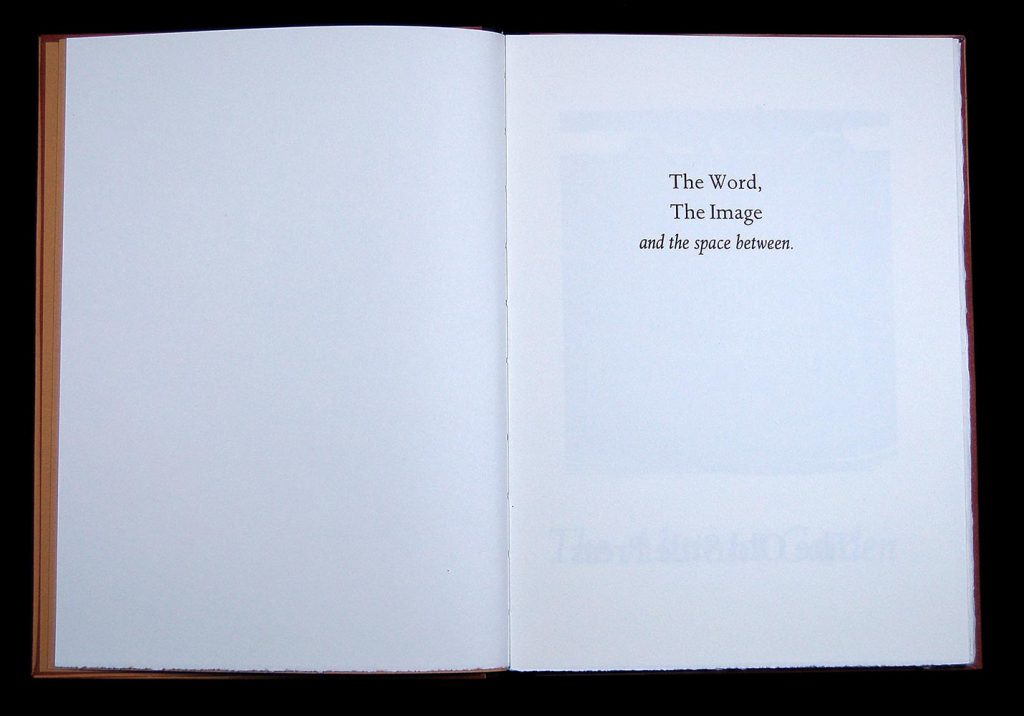 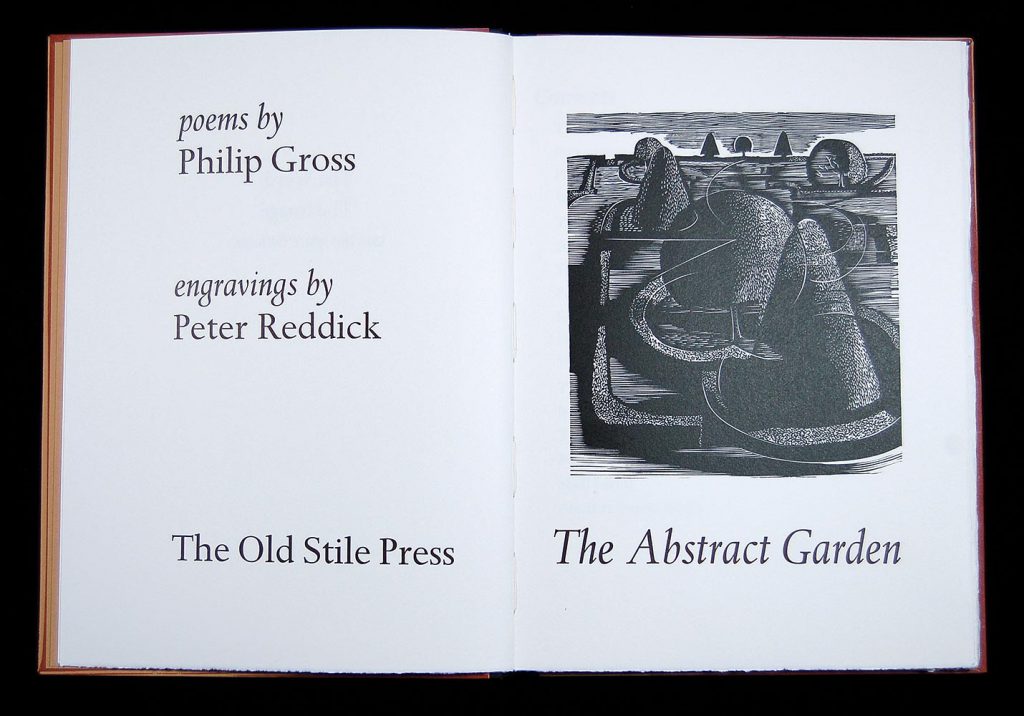 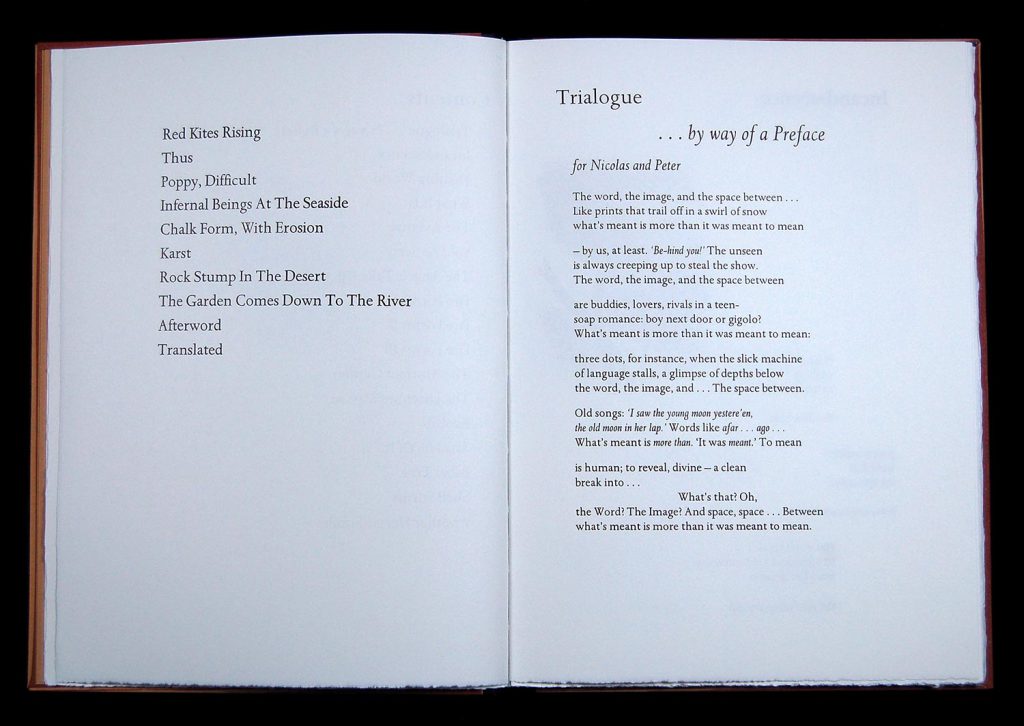 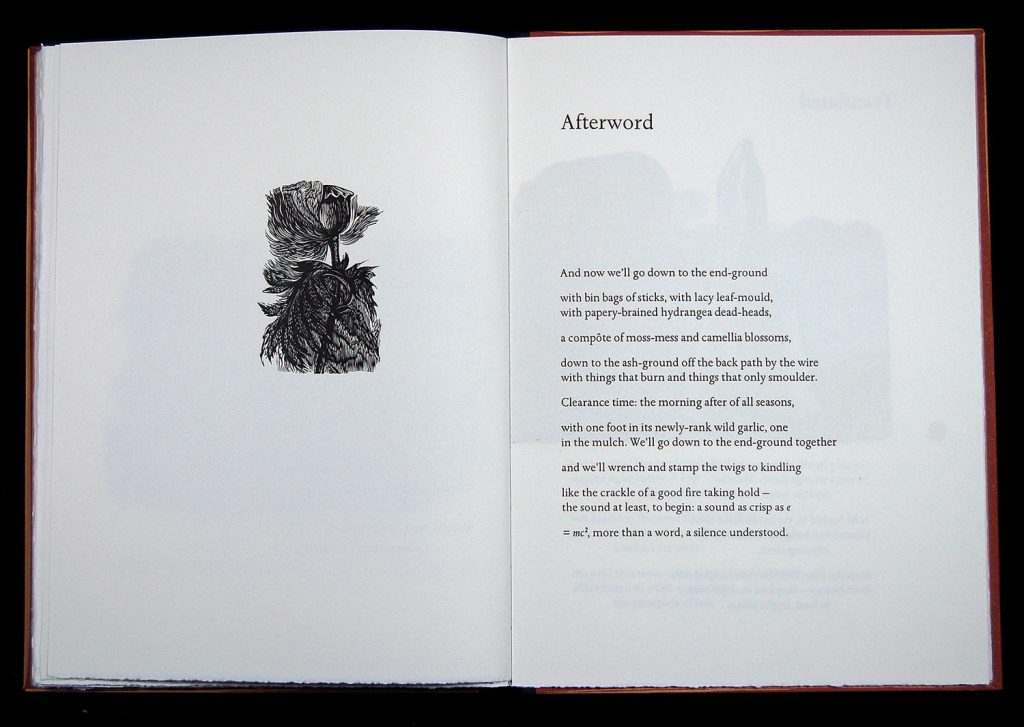 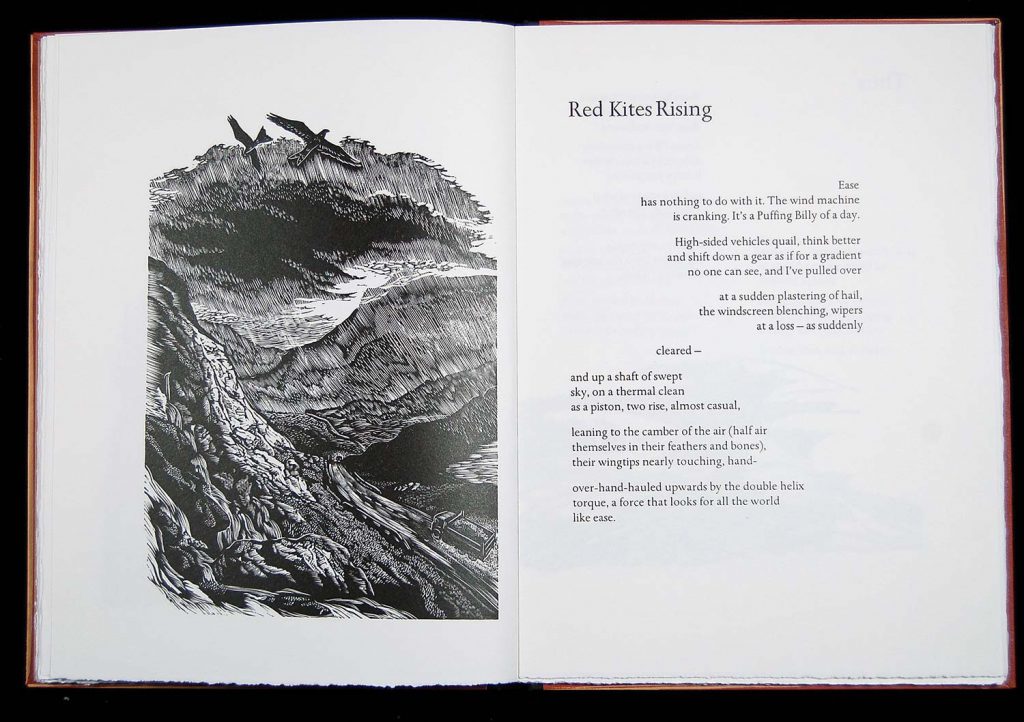 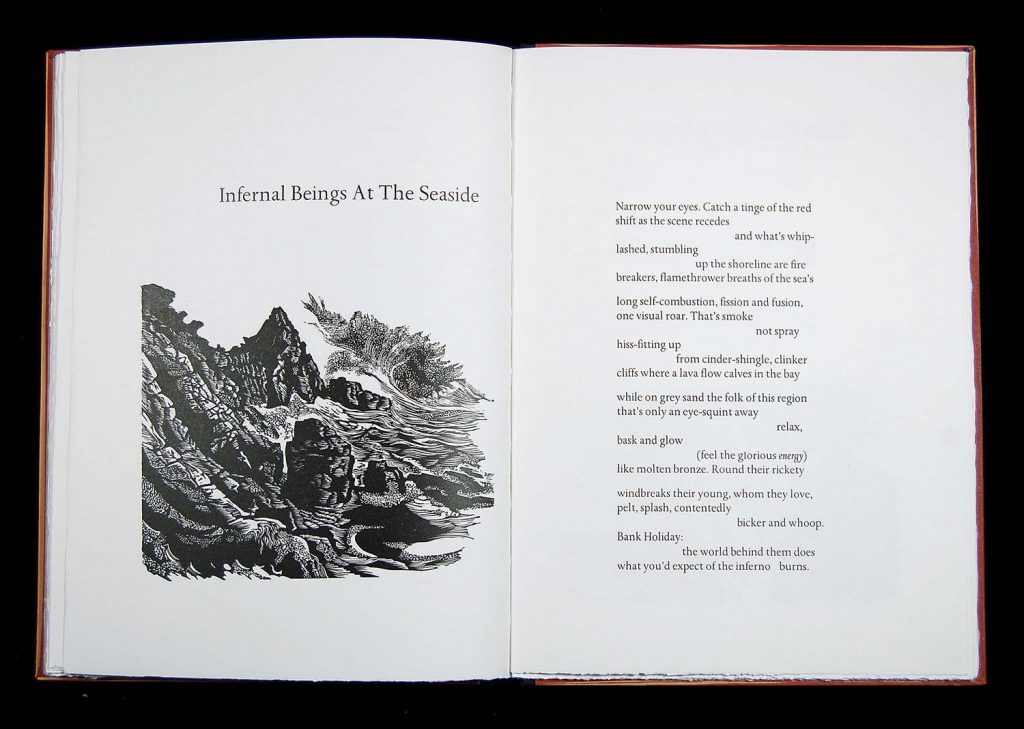 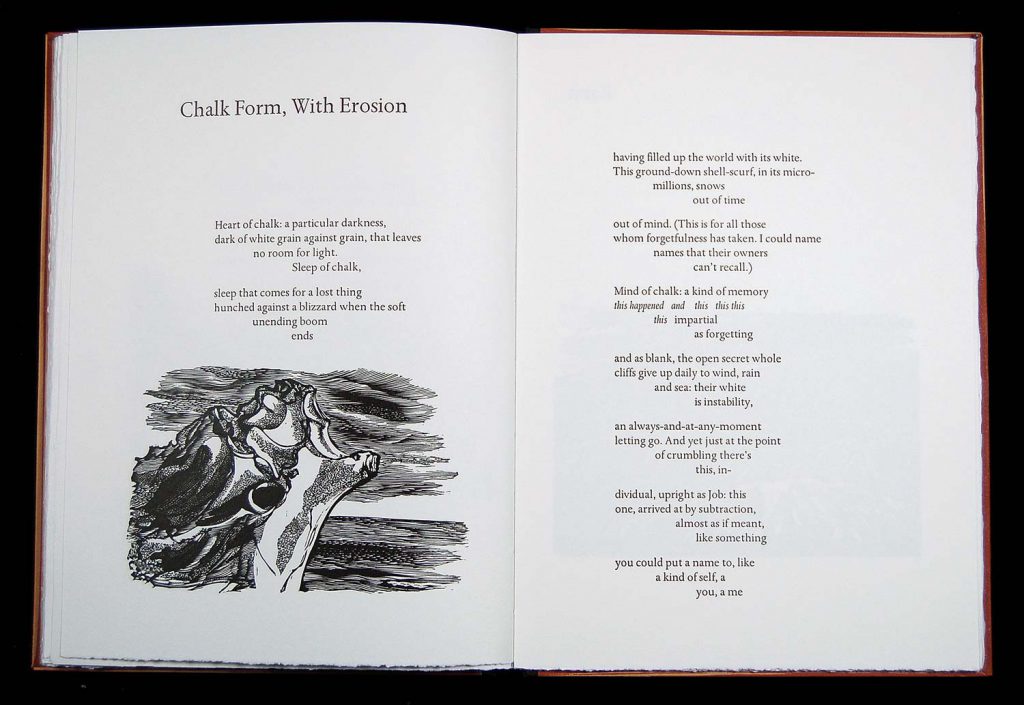 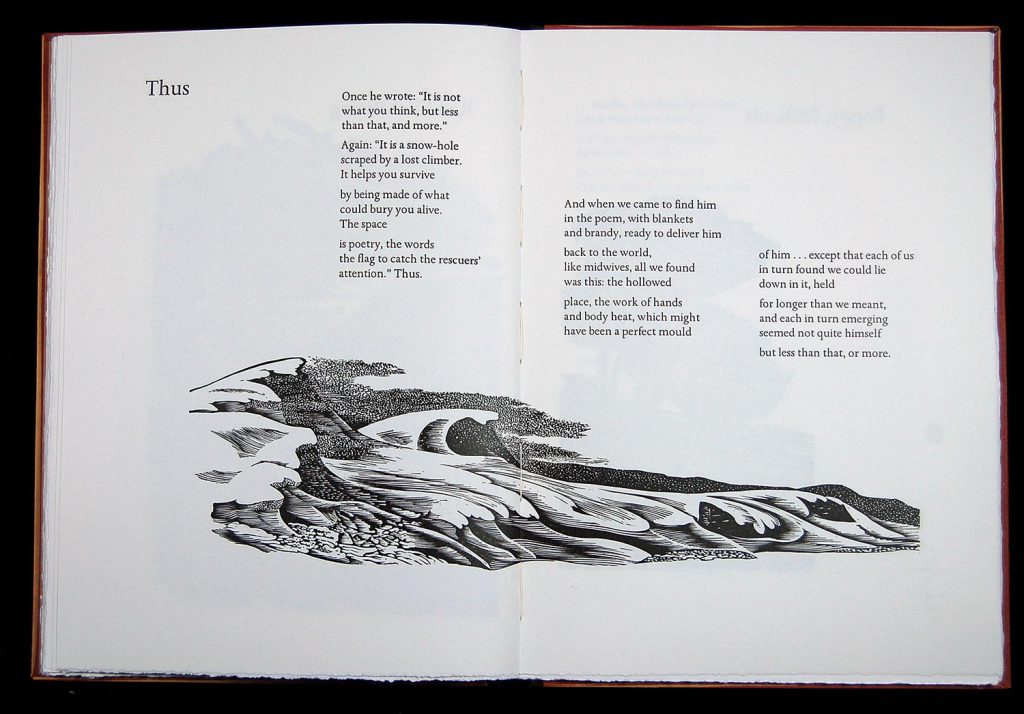 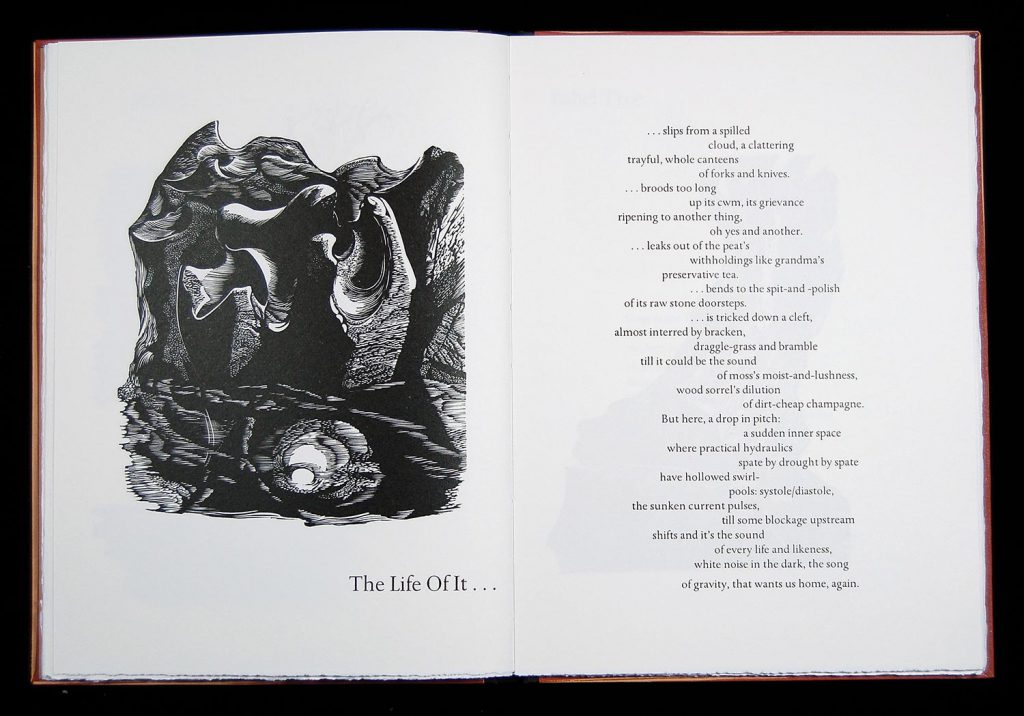 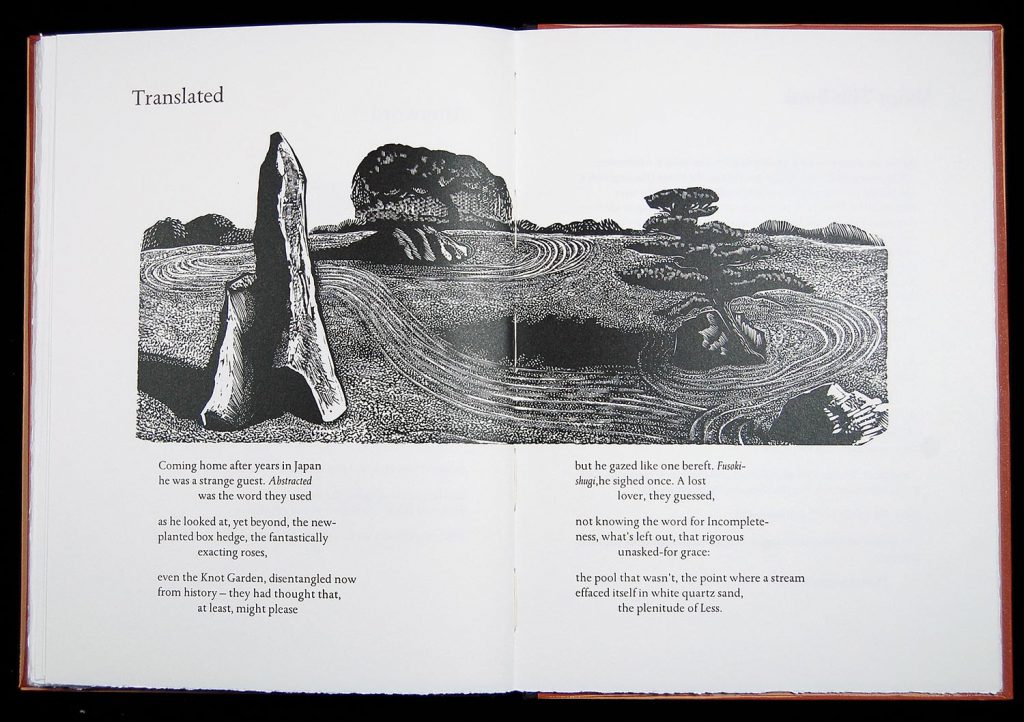 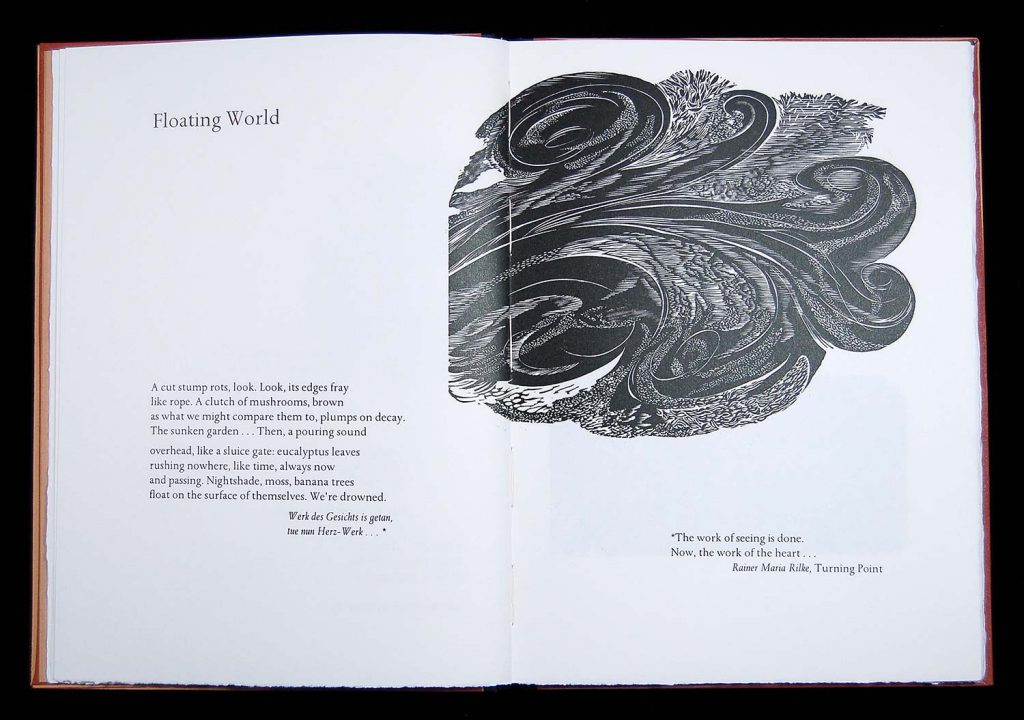 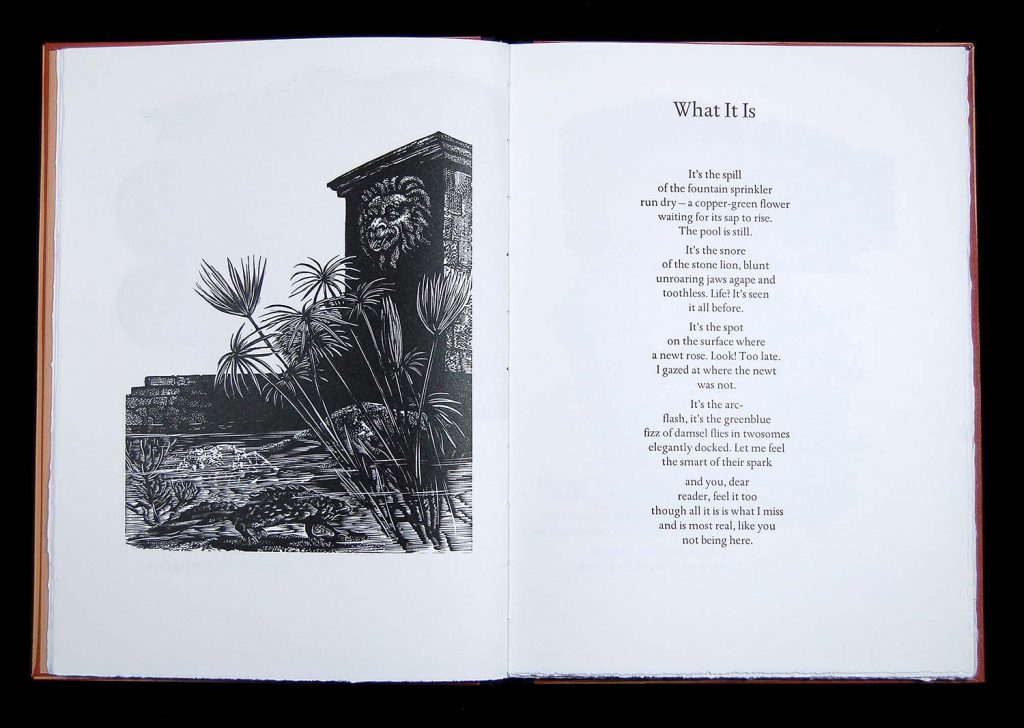 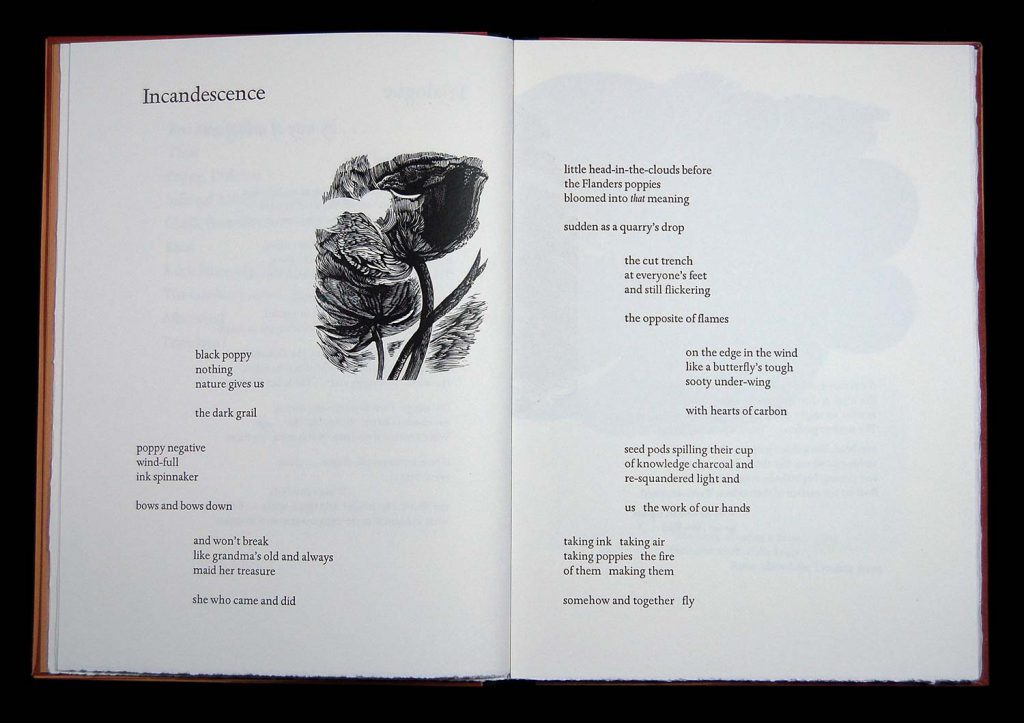 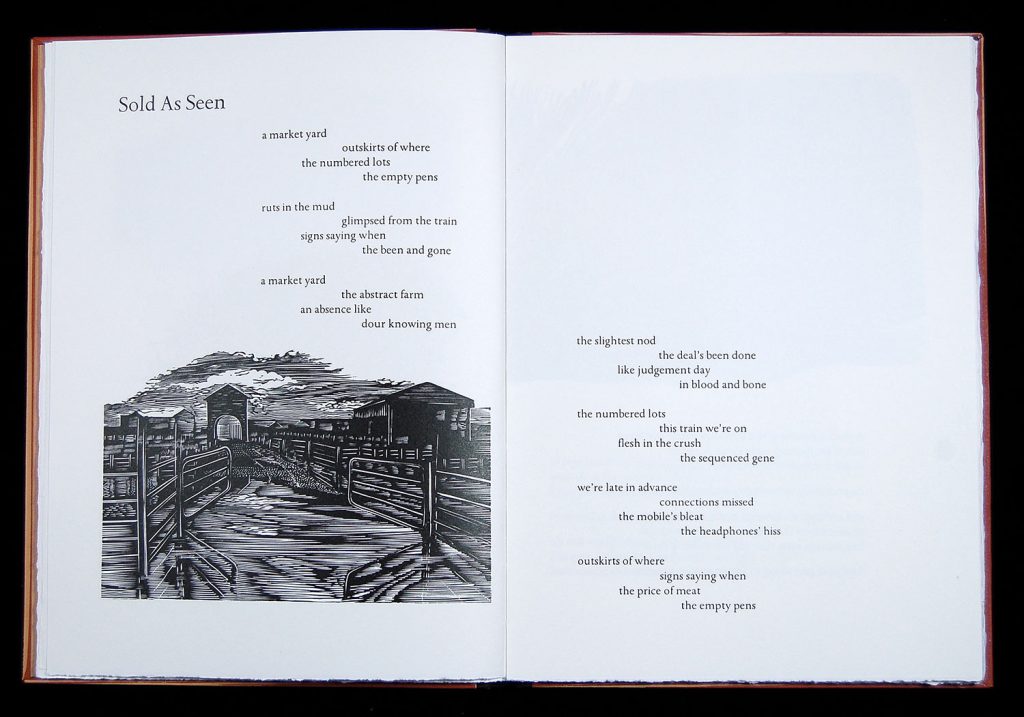 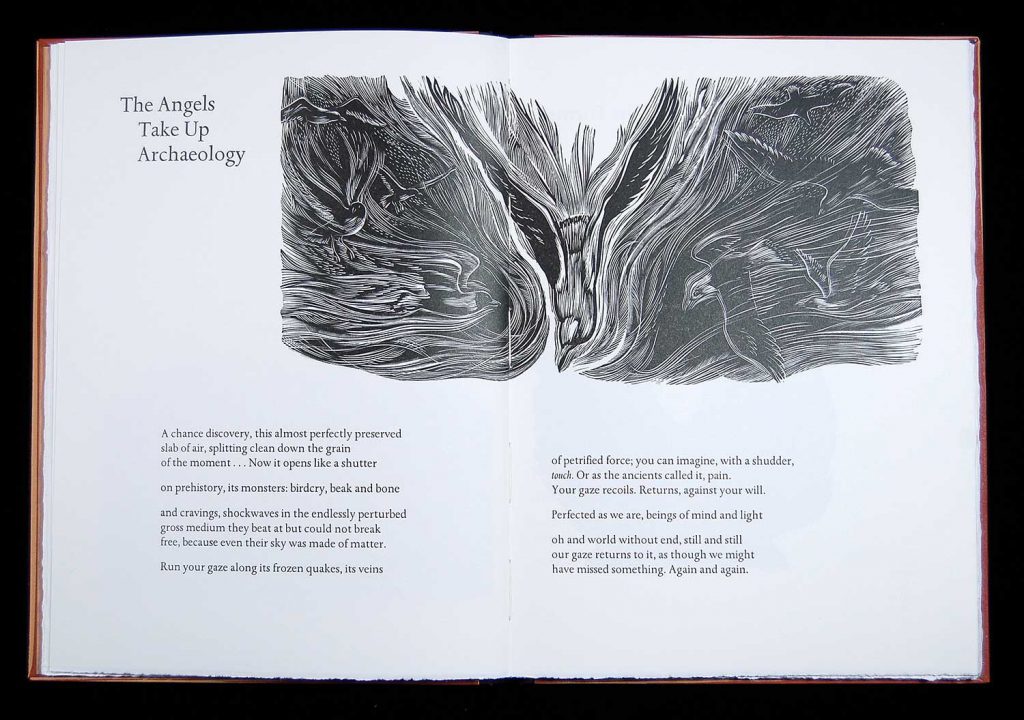 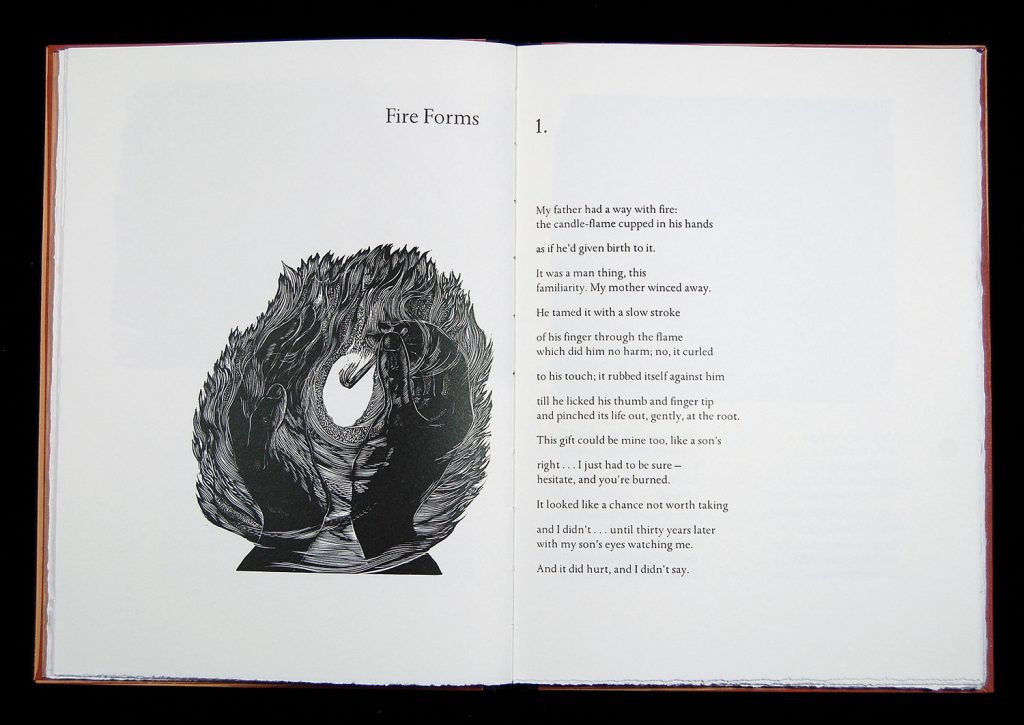 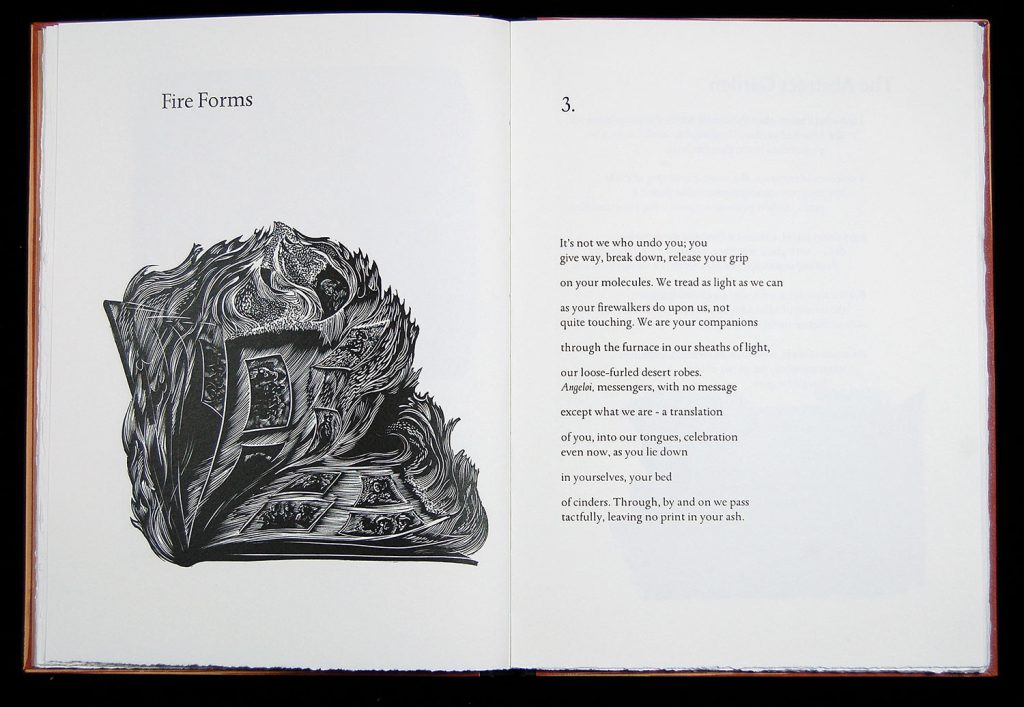 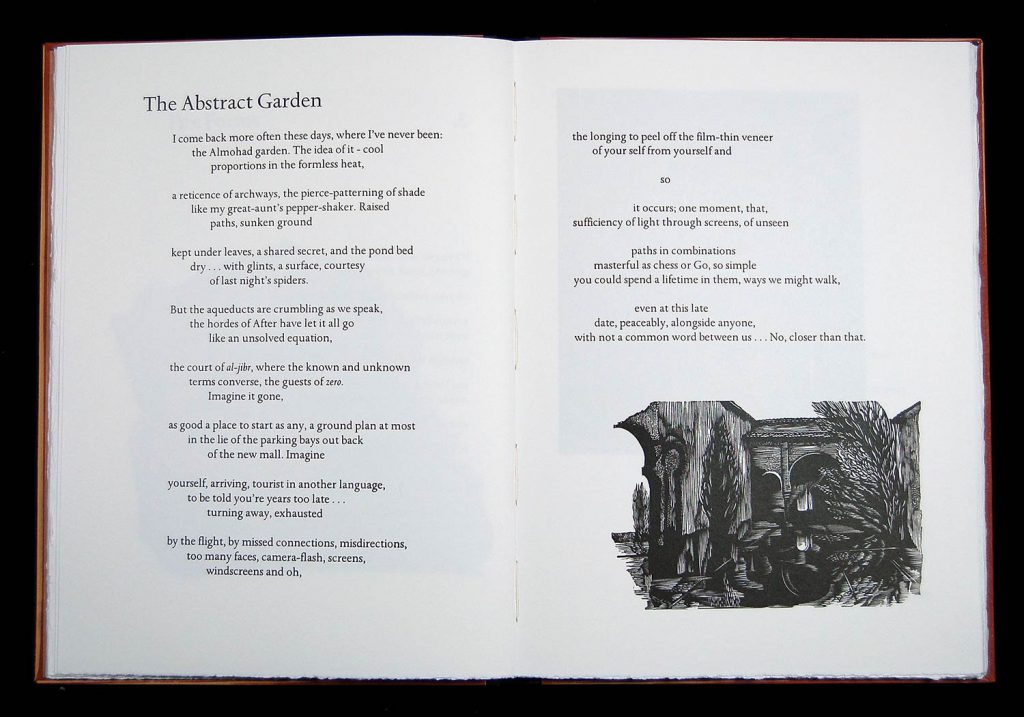 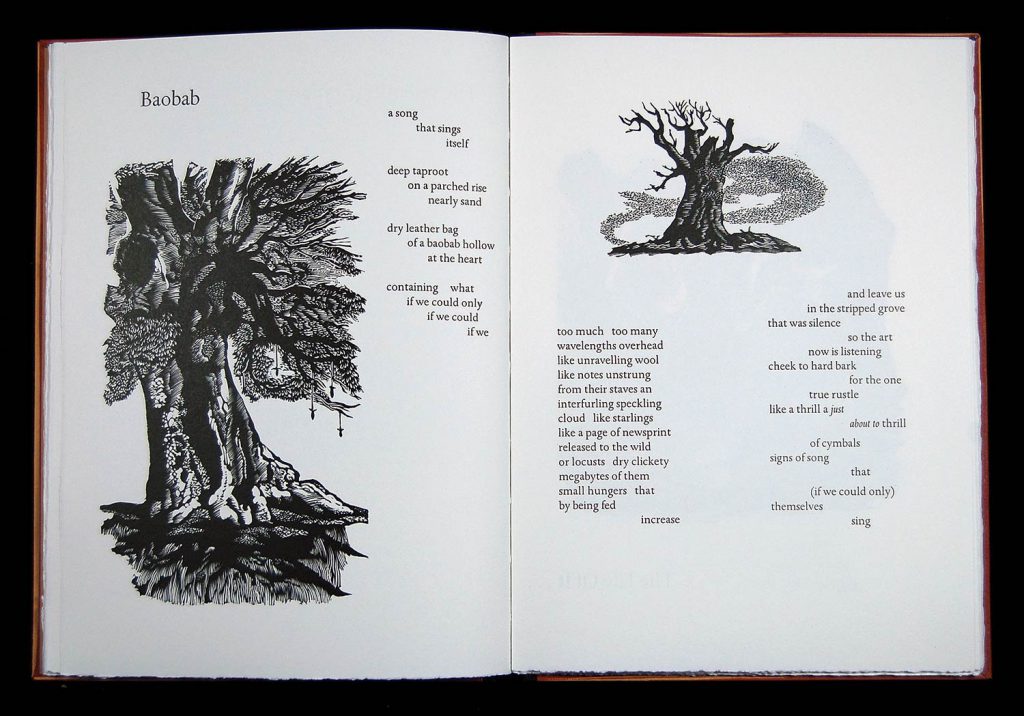 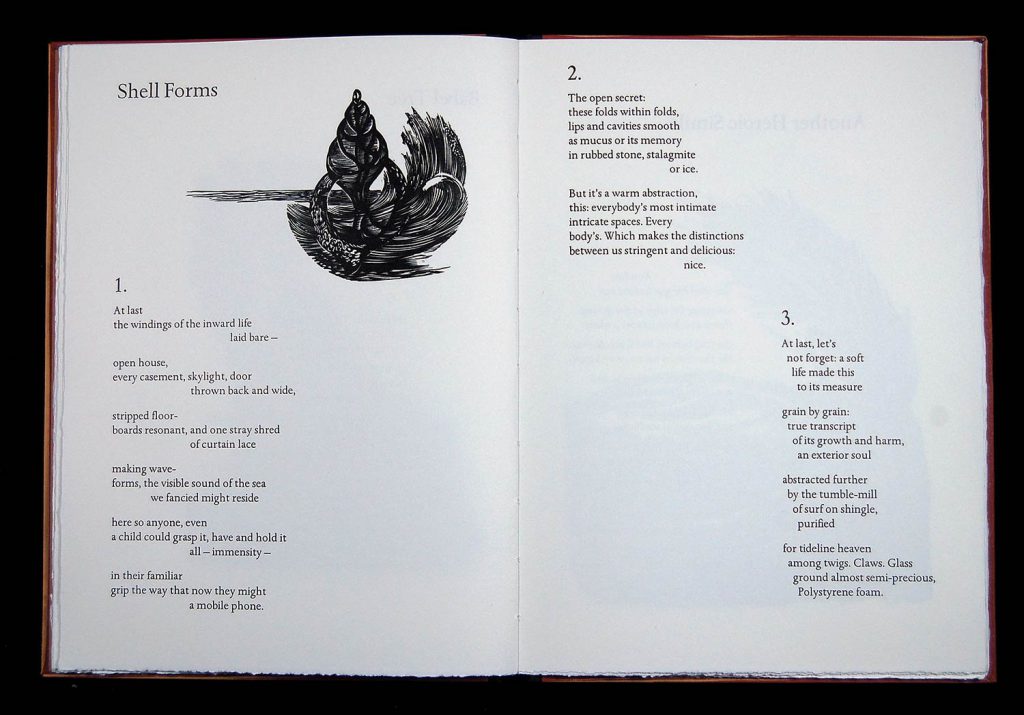 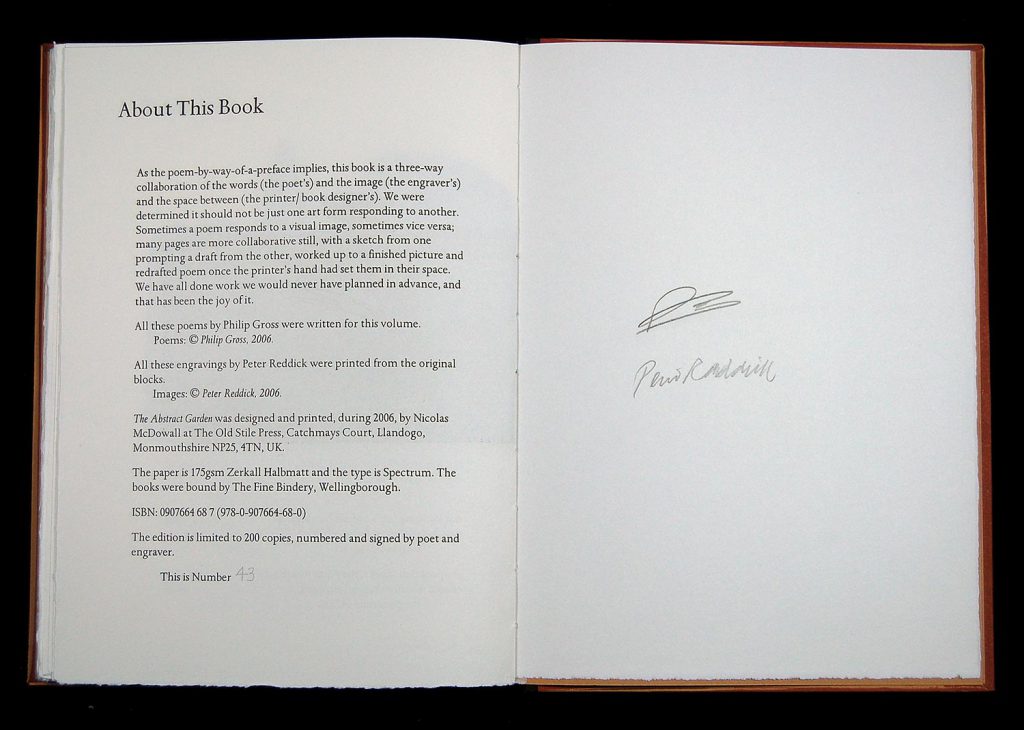 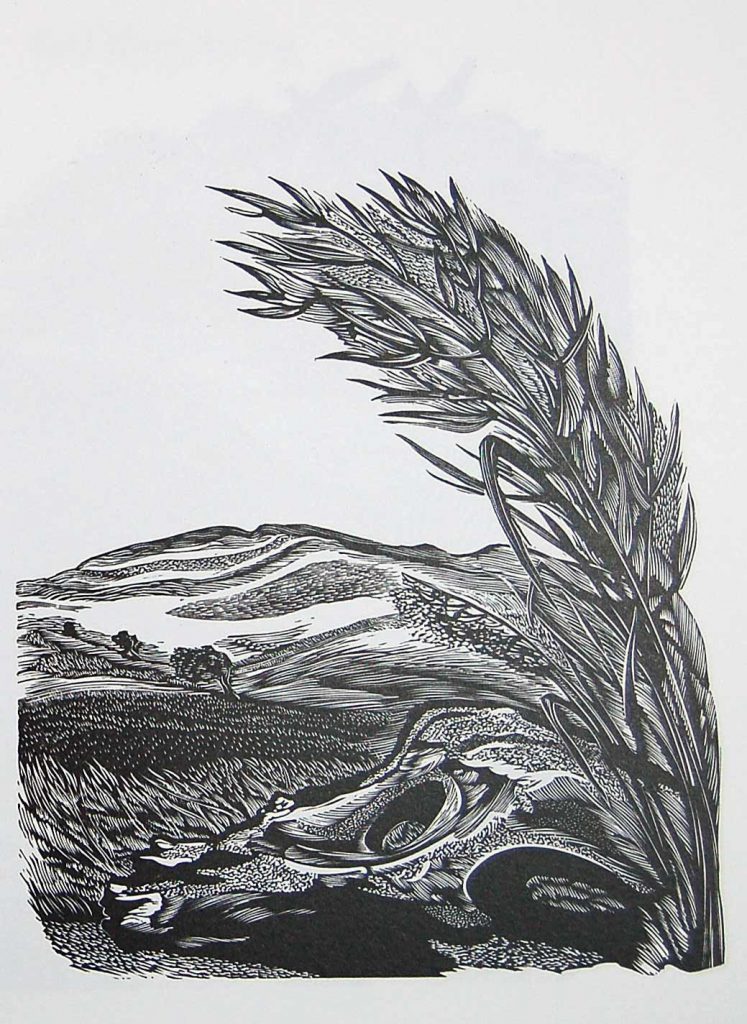 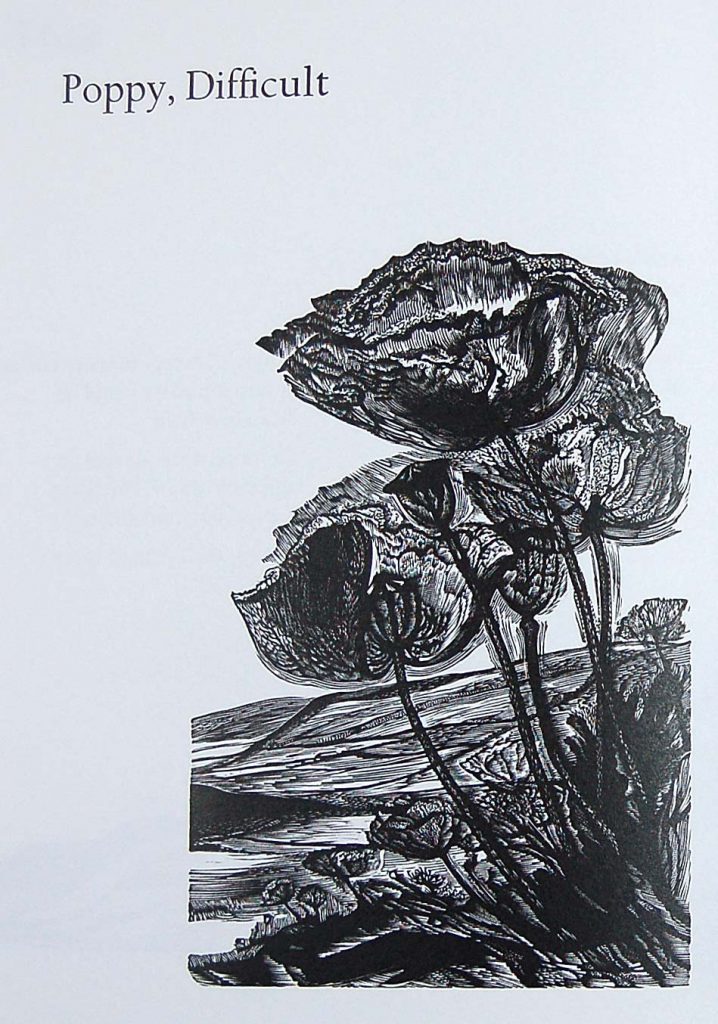 Copies of the Special Edition are housed in a cloth-covered drop-back box with a cloth portfolio. This, in turn, contains a packet of four engravings from the book (together with one that does not appear in the book), printed by the artist on Japanese paper, titled and signed by him. A second packet houses three poems (with, again, another not included in the book) handwritten on fine paper by the poet and signed by him.

Spectrum type. The paper is Zerkall Halbmatt 175 gsm. 30 engravings on boxwood and various other surfaces, all printed directly from the blocks. 27 poems, each written specially for this volume. Binding by The Fine Bindery, Wellingborough. The book is case-bound, with printed paper-covered sides involving a detail from one of the engravings. The Main Edition has a cloth covered slipcase with a label printed with one of the engravings.

200 copies were printed of the Main Edition and copies are available to buy at £175 each.

Only 10 copies were printed of the Special Edition at £450 each.