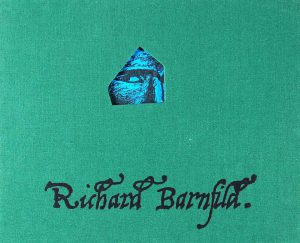 After a gap of three years, we were extremely happy to have completed our second publication with a text by the 16th century poet Richard Barnfield and with images by Clive Hicks-Jenkins.

This set of twenty powerful sonnets was published in 1595, a year later than The Affectionate Shepheard. We have again tried to make up, in some measure, for centuries of disregard and obscurity by offering them in a rich and pleasing way - with a generous format, lavishly substantial paper, an intriguing binding . . . to say nothing of a wonderful set of images by the artist. 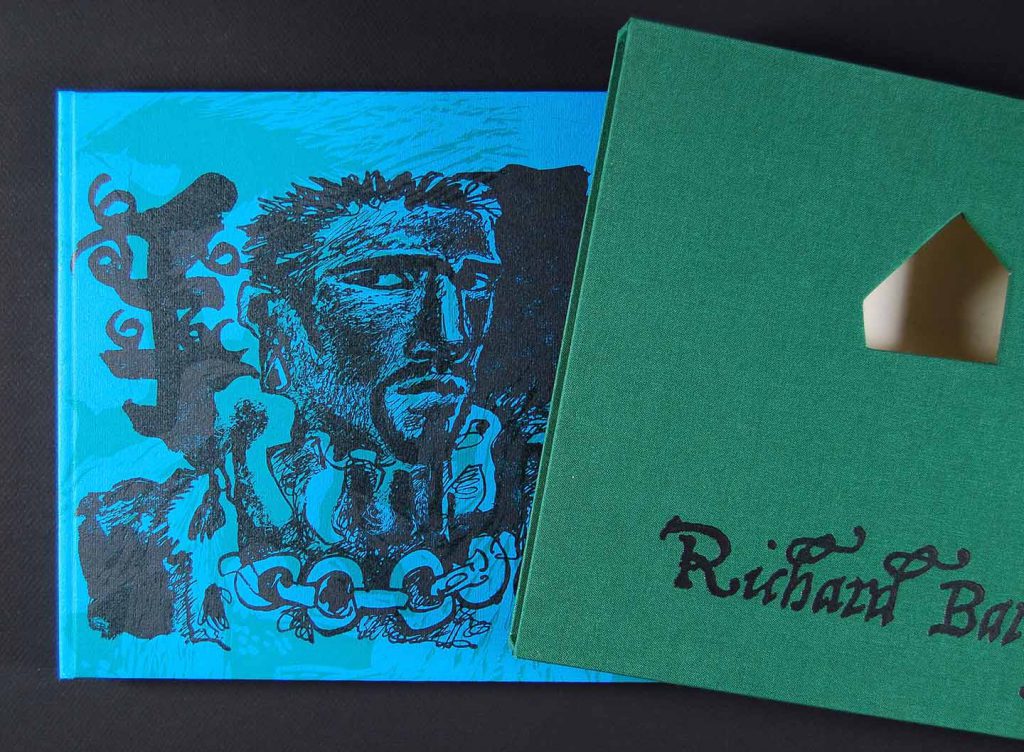 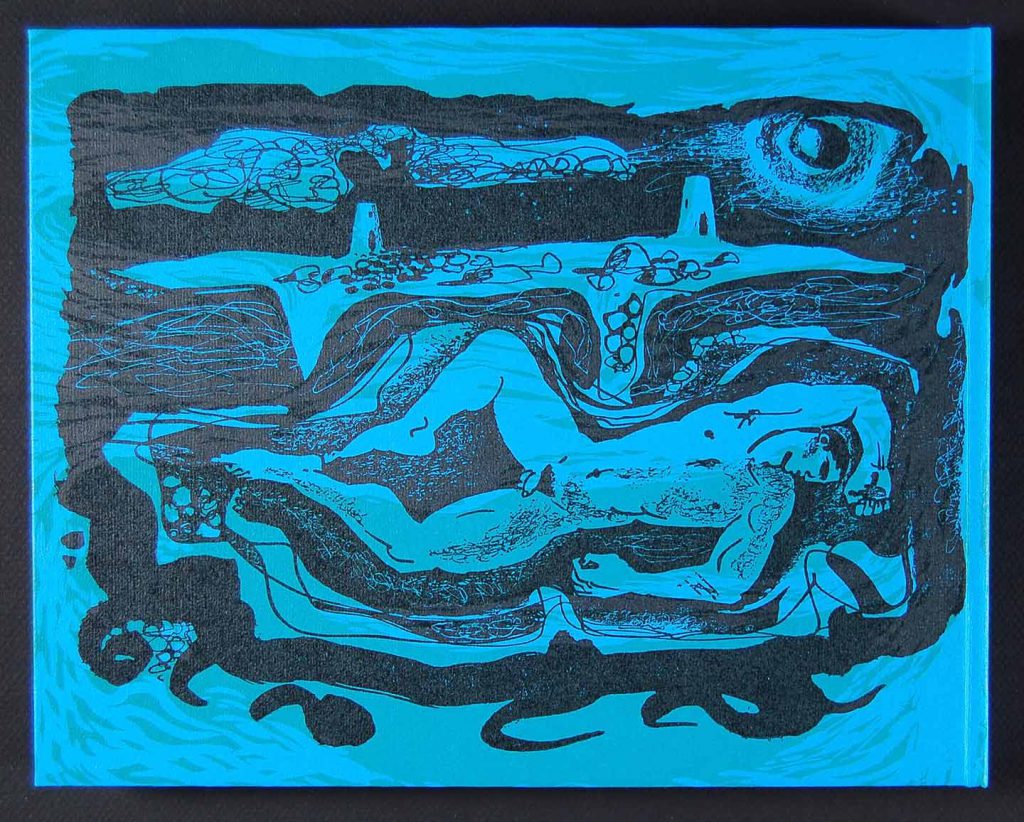 Perpetua type. 300gsm Somerset Printmaking paper. Two-colour images by Clive Hicks-Jenkins throughout the book together with those for the printed endpapers and the case binding. The slipcase is blocked with an enlargement of the poet's signature and has a 'spyhole' through which part of the cover can be seen.

200 copies were printed of the Main Edition and copies are available to buy at £275 each.